Michael Morrissey speaks to ecancer at the 2022 World Cancer Congress in Geneva about how to maintain cancer care in times of conflict and environmental emergencies.

He describes how cancer care can be maintained during periods of conflict and environmental emergencies.

The policy required for these types of situations is covered by Michael Morrissey.

Michael Morrissey finishes by describing the actions that have been taken so far to maintain cancer care in times of conflict and environmental emergencies.

I think the recent experience of Ukraine has made a lot of people think about how do we cope in a war situation, in a crisis situation? We’ve seen these wars and crises before but I think the Ukraine example has really brought home to the cancer community how severe the situation can be. What we’ve been doing, together with the WHO, together with the UICC and other colleagues, is demonstrating the power of the global cancer community. What we’ve seen through our special network on the impact of the war in Ukraine on cancer is everybody pulling together, really, and everybody exchanging information on a daily, weekly basis, to make sure that we put cancer patient refugees outside Ukraine, but also cancer patients still in Ukraine, we put them front and centre and give them the priority that they deserve.

How can cancer care be maintained in times of conflict and environmental emergencies?

The key thing is to pull together the effort, and what you want is a respect for the expertise of the NGOs, and the contacts that they have across borders. But you also need to recognise that governments need to build systems that can cope in such crises. How those two come together, how they marry together with mutual respect, is easier said than done, and we’ll be talking about that in our session.

What is the policy for these types of situations?

At ECO we’ve recently signed an MOU with the WHO which includes work on Ukraine. Of course, the dynamic there, which is an ongoing situation, is difficult to predict. We don’t know whether we’re going to be talking about a war for a decade or a war that will finish soon. So we have to build a plan that serves those people in Ukraine – healthcare professionals, cancer patients – as best as possible in difficult circumstances.

We also have to support cancer patient refugees who are outside Ukraine looking for help and support, but also, very importantly, we need to start thinking about what the future looks like. When the right time comes for rebuilding capability and capacity within Ukraine, how we’re going to do it, how much is it going to cost - it’s a huge question. We’re not at the point yet that we need to deliver that, but it shouldn’t stop us from thinking about what elements will be needed.

What action has been taken so far?

In our special network on the impact of the war in Ukraine on cancer, which ECO leads with ASCO, the American Society of Clinical Oncology, we’ve brought together 400 representatives of different organisations around the globe. We’re working with them on a range of issues for healthcare professionals and cancer patients within Ukraine, but also in the neighbouring countries. In the neighbouring countries the issues are different – there are people with cancer who went to Poland, who went to Moldova, and many other countries.

What’s really interesting is the power of patient choice. We often talk in the global cancer community in “business as usual” times about how it’s important that patients are co-decision makers with their oncologist about what happens to them. Actually, in the Ukraine war we’ve seen that a lot, we’ve seen refugees arriving with cancer saying, “I want to stay in this country because I speak the language, I’ve got family here, I don’t want to be moved to the UK or to France or to Germany. Even if their healthcare system may be better, I want to be surrounded by people that I love and I want to be able to speak the language.” So the cultural issues around patient choice are extremely important to maintain, even in a war scenario. 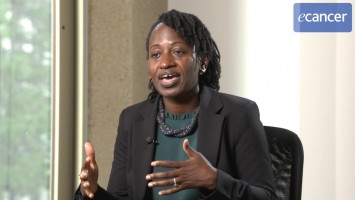 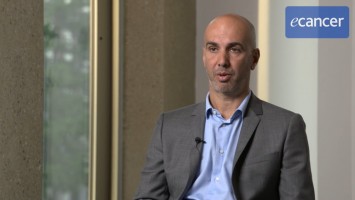 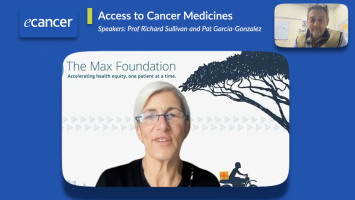 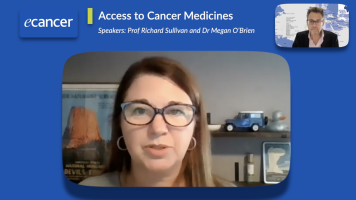