AH: There were also other highlights at the meeting which were dedicated to molecular therapy and therapy which had some specific targets, like the BRAF mutations. We wanted to discuss the BRAF inhibitors and potential combinations of BRAF inhibitors and other molecularly targeted agents. Could you comment on vemurafenib, this was the other presentation at one of the plenary sessions which was raising very much interest, not only by the investigators but also in the local and international press?

MM: Absolutely. It went all over the world in the lay people press, let’s say. This was the other major achievement that was presented at ASCO because we all knew when vemurafenib had been developed and the very early phases, mostly outside Europe, so most groups in Europe knew the data for the initial trials but did not have experience with this trial that has been conducted in a large number of European centres, the phase III trial. We finally had the demonstration that vemurafenib has a very positive effect on progression free survival in patients because it’s a drug that acts with a mechanism of action which is totally different from ipilimumab. While, as we said before, the ipilimumab is within the category of the immunotherapeutic agents that have to stimulate the immune system and then make the immune system be able to keep the tumour from growing, vemurafenib works on a set of melanomas that have a specific genetic marker which is the mutation in the BRAF gene, and this is about 50% of patients who have melanomas who harbour this gene mutation. The activity is an activity that goes directly to the tumour, is very quick. So we can get responses with vemurafenib in 2-3 weeks, which is really something new for all of us in melanoma. Also, with any other standard single agent chemotherapy, or combination chemotherapies, we have never seen really the disease fading away in our patients. So for sure there is a significant activity and a significant benefit in terms of progression free survival but also, although the data are less mature as compared to the data with ipilimumab, also vemurafenib has promising activity in terms of prolonging the overall survival of metastatic melanoma patients.

AH: So a question directed to Dirk is how can we detect this mutation? Do we need fresh frozen tumour tissue or paraffin embedded tissue and what is known about any differences between genders or age groups?

DS: It’s a fairly easy test you can do on a routine paraffin embedded tissue, even on archival tissues from your primary tumour would be suitable to perform such an assay. It’s a molecular assay which is a PCR, polymerase chain reaction, which is a simple assay system which could be done in every laboratory. Inside this clinical trial a highly standardised, certified assay system was provided by Roche, the company who performed the clinical trial, and this certified test which was evaluated also in the previous phase I and phase II studies, would be in parallel, would be registered for testing specific BRAF mutations.

AH: Very interesting information and there is one additional question on this: is there any difference in the age groups?

DS: The age groups, OK. That was a very interesting communication at ASCO by an Australian group that obviously the percentage of BRAF mutation is much, much higher in younger patients, up to 40, up to 80%; in the older population, above 70, it might drop down to 20%. This has definite consequences, also who is getting the drug, and a further interesting aspect in that is that we have different mutations in the BRAF gene. The commonly detected mutation which has this high frequency in this young population is the so-called V600E mutation and there are several others. The second most frequent mutation, the V600K, is a different immune asset which is substituted in this position and this K substitution is obviously increasing with age. Interestingly, there are some early clinical data also inside the clinical study that this second mutation is also responsive to vemurafenib, which is giving hope to these patients that they also benefit from this active treatment.

AH: Thank you. Paul, would you please summarise shortly the major clinical findings of the vemurafenib, the so-called BRIM3 trial, which was a head to head comparison of vemurafenib to DTIC, the standard chemotherapeutic agent?

PL: This study compared vemurafenib, this targeted therapy in the patients who had the BRAF V600E mutation, so that makes up, as Dirk said, about 50% of all melanoma patients. Those patients were eligible to go into the trial and patients were allocated either vemurafenib, which is a tablet treatment given twice a day, or allocated standard chemotherapy. There was a clear difference in outcome across all efficacy points, so in terms of response rate, the response rate was significantly higher for vemurafenib, nearly 50% with a response rate of about 5% for dacarbazine. In terms of progression free survival there was a big separation as well, so patients who had vemurafenib tended to have better disease control and did not progress as quickly, with a significant improvement in that. But median progression free survival moved from about 1.6 to 6 months, so significant improvement and in terms of overall survival, again a significant improvement there. It’s less easy to draw any robust conclusions about long term survival because these data were presented at a very early stage, and rightly so because of the big difference in outcome, but the median follow up was about three months. So you can’t reliably conclude whether we’ll have any patients who go on to be a long term survivor and I think time will tell there.

AH: Excellent. And you know there was a discontinuation rate in this clinical trial of 6% for vemurafenib and 4% for dacarbazine, for conventional chemotherapy. So this indicates that this is a quite tolerable treatment, could you comment on the type of side effect which was dose limiting or, in your patients, what happened to the patients? Is that just a subgroup of patients suffering from side effects or is it the majority but the side effects are mainly grade 1 and 2?

MM: The second is the case actually because two major side effects that we have been observing with vemurafenib are photosensitivity and a subset, a small subset, of patients also developed a secondary tumour, secondary skin cancer. There has been lots of debate among the community on how to classify part of these skin tumours, but anyway a small percentage of patients also developed small cell carcinomas which are tumours that can be easily removed by the surgeon.

MM: Squamous, yes, by the surgeon. Besides photosensitivity and the possible emergence of secondary tumour, the other major side effects are myalgia and arthralgia which get better, at least in our experience with our patients, that tend to get better as soon as you continue the treatment, so it’s mostly in the early phases. In general, these patients that we have been treating, they have been able to continue their normal life and for patients who are symptomatic, actually just due to the mechanism of action and the rapid mechanism of the activity of vemurafenib, they were able to go back to their regular life and regular work which is also very, very important. 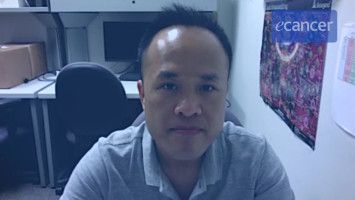 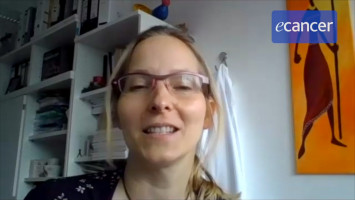