Inspiration Family: Challenges of the Ukrainian cancer charity on the frontline

Anna begins by talking about her life prior to the war and what led her to co-founding Inspiration Family, a charity to help cancer patients and survivors in Ukraine.

She then goes on to talk about the challenges that the foundation have faced since the 24th of February and how they have helped adults with cancer during this devastating time.

Prof Sullivan concludes by asking Anna, from her perspective, what she believes will be the most critical needs for Ukrainian cancer patients over the next few months.

26 Aug 2021
The role of the medical oncologist in the holistic care of patients with cancer ...
Dr Frederic Ivan Ting - Chair, Clinical Consensus Committee of the Philippine So... 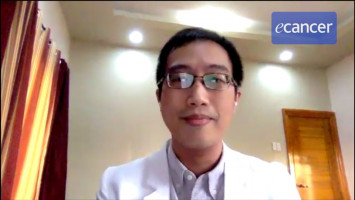