This trial showed that durvalumab, in combination with standard-of-care chemotherapy, demonstrated a statistically significant and clinically meaningful overall survival (OS) benefit versus chemotherapy alone as a 1st-line treatment for patients with advanced biliary tract cancer (BTC).

Dr Oh says that patients with advanced biliary tract cancer are in dire need of new treatments as progress in the 1st-line setting has remained largely stagnant for more than 10 years.

TOPAZ-1 is the first phase III trial to show that adding an immunotherapy to standard chemotherapy delivers a meaningful overall survival benefit for patients in this setting.

Durvalumab plus chemotherapy was well tolerated, had a similar safety profile versus the comparator arm and did not increase the discontinuation rate due to adverse events compared to chemotherapy alone.

She concludes by saying these results are a major step forward in treating this disease and represent new hope for our patients.

Biliary tract cancer is a relatively rare malignancy globally but nowadays the instance of BTC is
increasing. The prognosis of advanced biliary tract cancer is poor; there are many reasons but one of
the reasons is limited treatment options. Especially the first line standard of care for advanced BTC is
gemcitabine and cisplatin combination chemotherapy which has been unchanging for over a decade.
Biologically, actually BTC has an immunogenic feature so might be a good candidate for
immunotherapy, however, so far immune checkpoint inhibitor monotherapy has shown very modest
efficacy in general in biliary tract cancer. In contrast, previously we conducted a phase II study using
gemcitabine cisplatin chemotherapy and a PD-L1 inhibitor, durvalumab, and a CTLA-4 inhibitor
altogether. We found that with this combination the efficacy is quite promising and the safety profile is
quite acceptable.

So based on this we launched this TOPAZ-1 global phase III study to test the hypothesis that a
chemotherapy and immunotherapy combination will be better than chemotherapy alone that is current
standard of care in advanced biliary tract cancer.

TOPAZ-1 is actually the global study and it is a randomised double-blind placebo-controlled study. It
was conducted in a global scope, not a single country or single region, it is a global study. The
patients were included and randomised to the durvalumab plus gemcitabine cisplatin combination arm
or placebo plus gemcitabine cisplatin combination arm in a one-to-one ratio. The primary endpoint in
this TOPAZ-1 study is overall survival. We have a single primary endpoint here. Of course, there are
several secondary endpoints which included progression free survival, objective response rate and
safety, something like that.

That is a key finding and not only the overall survival but also all secondary efficacy parameters have
shown improvement by the addition of durvalumab, like progression free survival also improved
significantly and objective response rate was increased. Time to response was also quicker with
durvalumab and duration of response is also better in the durvalumab arm.

How can these results impact the future treatment of advanced biliary tract cancer?

This result will have practice changing implications globally, we believe. 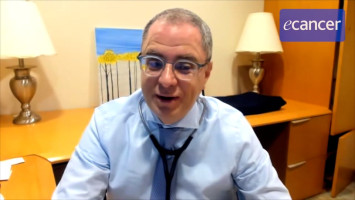