Dr Koehi Shitara speaks to ecancer about the expanded efficacy, safety, and subgroup analyses from CheckMate 649.

This study investigated nivolumab plus chemotherapy versus chemo as first-line (1L) treatment for advanced gastric cancer/gastroesophageal junction cancer/oesophagal adenocarcinoma. He initially talks about the background of this study.

Dr Shitara lists the results from the primary analysis and then discusses the results of the expanded analysis. He enlists the methodology of the study and explains the key results.

He says that the addition of NIVO to chemo demonstrated improved OS and PFS benefit in all randomised patients, along with an acceptable safety profile and maintained tolerability as well as QoL, providing further support for NIVO + chemo as a standard 1L treatment for advanced GC/GEJC/EAC.

The prognosis of unresectable or [?? 0:03] gastric cancer remains poor and immune checkpoint
inhibitors, especially PD-1 blockade, shows some efficacy in later lines of treatment. So this
CheckMate 649 study was planned to investigate chemotherapy plus nivolumab as an anti-PD-1
therapy or nivolumab plus other immune checkpoint inhibitor, the CTLA-4 inhibitor ipilimumab, or
chemotherapy alone in the first line setting.

At the primary analysis after twelve months of minimum follow-up, first line nivolumab plus
chemotherapy demonstrated superior overall survival as well as a PFS benefit which led to approval
of this nivolumab plus chemo in several countries and changed the standard treatment. In this ASCO
GI meeting we reported our expanded analysis of efficacy and safety after the minimum follow-up of
24 months, which was one year longer than that of the interim analysis.

This CheckMate 649 study is an open-label globally conducted randomised phase III trial. As
mentioned before, in this ASCO GI presentation we mainly reported an updated analysis of
chemotherapy plus nivolumab versus chemotherapy alone. Here, more than 1,500 patients were
randomised to these two arms, regardless of PD-L1 expression and CPS score. Amongst them,
around 60% of patients, had a PD-L1 CPS 5 or higher.

Overall objective response rates were higher with nivolumab chemo versus chemotherapy, regardless
of PD-L1 CPS status and these responses were deeper in the waterfall plot and more durable with the
combination.

How can these results impact the future treatment of gastrointestinal cancers?

I believe these results further support the nivolumab plus chemotherapy combination for its use as a
standard first line treatment in patients with advanced gastric, GJ or oesophageal adenocarcinoma.

Very importantly, additional biomarker analysis is already ongoing and I hope it may give us additional
insight about the optimal population for this combination. So, as mentioned before, already this
nivolumab chemo is approved in several countries, including the US, Japan and other countries, and
this indication is regardless of PD-L1 CPS status, so it is all comers.

On the other hand, this chemo nivolumab is mainly recommended for patients in the PD-L1 CPS 5 or
higher population, according to NCCN guidelines, because we observed a different magnitude of
survival benefit according to CPS level. Also, this chemo nivolumab is only approved for the CPS 5 or
higher population in EU countries. So this combination is definitive or the most recommended
treatment for patients with PD-L1 CPS 5 or higher but there are some controversies for its use in the
CPS &lt;5 population. However, as shown in this presentation, some patients with CPS &lt;5 achieved a
favourable outcome since we have a higher response rate even in this population. So clarification of
this population by additional biomarker might be very important work.

Is there anything else important that you would like to add? 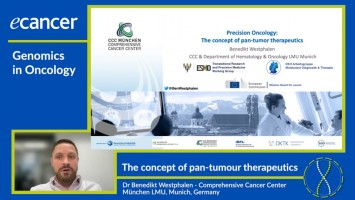 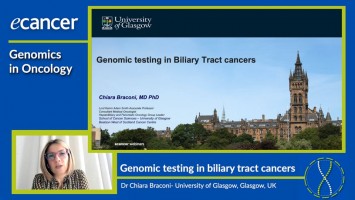