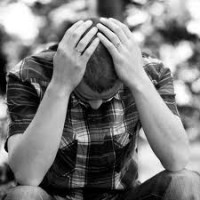 Researchers in Germany report that nearly a third of more than 2,100 patients with cancer interviewed at inpatient and outpatient care centres experienced a clinically meaningful level of mental or emotional distress that meets the strict diagnostic criteria for mental disorders including anxiety, depressive and adjustment disorders during the prior four weeks.

The prevalence of these issues varied by cancer type.

The highest prevalence was found among patients with breast cancer (42%) and head and neck cancer (41%), followed by malignant melanoma (39%).

The lowest prevalence was seen among patients with prostate cancer (22%), stomach cancers (21%), and pancreatic cancer (20%).

The study – the largest to date assessing the mental and emotional health of patients with cancer using a fully standardised, diagnostic face-to-face interview – was published in the October 6 issue of the Journal of Clinical Oncology.

"These findings reinforce that, as doctors, we need to be very aware of signs and symptoms of mental and emotional distress. We must encourage patients to seek evaluation, support, and treatment if necessary as there are long-term risks often associated with more severe, untreated mental health disorders. This research also sheds light on which patients we should watch more closely," said lead study author Anja Mehnert, PhD, a professor of psychosocial oncology at the University of Leipzig in Germany.

"We also want to reassure patients who are struggling that they are not alone or unique, and that these mental and emotional challenges can be temporary, especially with effective psychological support or state-of-the-art mental health treatment."

Psychological support options may include individual, couples, family, and group psychotherapy, and relaxation therapy and imagery, among others, according to the authors.

The authors note that prior studies have reported elevated levels of distress among people with cancer, but they vary in quality due to small sample sizes, different diagnostic criteria and assessment standards, and an over-representation of women with breast cancer.

Interview answers were then immediately entered into a computer based-diagnostic programme.

Patients' diagnoses were classified according to the Diagnostic and Statistical Manual of Mental Disorders, the standard classification used by mental health professionals.

Assessed patients had a range of cancer types, with the most common types being breast cancer (44%), prostate cancer (15%), and colorectal cancer (14%), and the average time since cancer diagnosis was 13.5 months.

Fifty-one percent of the study participants were women.

In the four-week period prior to the interview, 11.5% of patients experienced an anxiety disorder, 11% met the criteria for an adjustment disorder (a predominantly mixed anxiety-depressive syndrome that persisted for at least 4 weeks in response to a significant life change like cancer), and 6.5% had signs of a mood disorder (such as major depression).

It is likely that the prevalence of adjustment disorders (11%), which is rarely assessed in general population surveys, significantly contributed to the overall higher prevalence rate of mental disorders in this population of patients with cancer.

Dr Mehnert noted that it was surprising that patients with a more treatable cancer, such as breast cancer, experienced more distress than people with cancers that are more challenging to treat, such as stomach and pancreatic cancers, and that more research is needed to interpret these findings.

She stated that the findings can likely be generalised to patients in the United States because the prevalence of mental health diagnoses is similar between the two countries.

She and her colleagues will be publishing other studies in the future where patients' mental health is assessed over a period longer than four weeks.

The findings of this study may be useful for planning future support programmes for cancer patients, and can provide additional information to guide programmes for people with specific cancer types.