Exercise improves cardiorespiratory fitness during and after chemotherapy 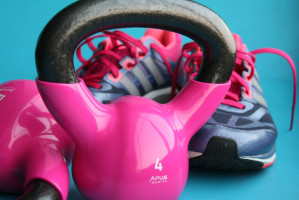 During chemotherapy, physical exercise intervention is safe, improves long-term cardiorespiratory fitness, and alleviates some of the adverse effects of cancer treatment, according to a study published in JACC: CardioOncology.

If exercise isn’t feasible during chemotherapy, the individual can participate in an exercise programme afterward to recover the same level of function.

Cardiorespiratory fitness, measured by peak oxygen uptake (VO2peak), is regarded as one of the most significant independent predictors of cardiovascular health.

During cancer treatment, VO2peak declines up to 25%.

Physical activity is proven to mitigate these risks.

“The benefit of exercise for cancer patients is widely acknowledged. However, there is insufficient evidence on the optimal timing of exercise intervention for improving long-term cardiorespiratory fitness in patients with cancer,” said Annemiek M E Walenkamp, MD, PhD, senior author of the study and a medical oncologist at the Department of Medical Oncology, University Medical Center Groningen in Groningen, the Netherlands.

In the ACT trial, the researchers examined the efficacy of exercise intervention during chemotherapy compared with after treatment for improving long-term cardiorespiratory fitness.

Between February 2013 and November 2018, participants in the trial were randomised to a 24-week exercise intervention initiated either during or after chemotherapy.

The primary endpoint was the difference in VO2peak one year after the intervention.

The secondary endpoints were VO2peak after completion of chemotherapy and intervention, muscle strength, HRQoL, fatigue, physical activity, and self-efficacy at all time points.

The researchers found that directly after chemotherapy, the group that initiated exercise therapy during treatment reported less fatigue and more physical activity and declined less in VO2peak, HRQoL, and muscle strength.

Both groups were back to their baseline cardiorespiratory fitness one year after completing the exercise intervention, irrespective of timing.