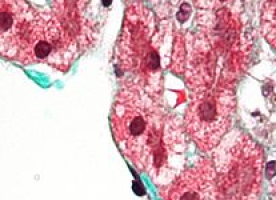 In the study, two patients with widespread metastases had complete remissions after a single treatment with the HPV- targeted T cells, and have been cancer free for nearly a year or longer.

“This proof-of-principal study shows that adoptive transfer of HPV-targeted T cells can cause complete remission of metastatic cervical cancer and that this remission can be long-lasting,” said lead study author Christian Hinrichs, MD, an assistant clinical investigator at the National Cancer Institute in Bethesda, MD.

“One implication of the study is that cellular therapy might have application to a broader range of tumour types than previously recognised. This treatment is still considered experimental and is associated with significant side effects. We also need to explore why this therapy worked so well in certain women, and not in others.”

To develop the therapy, HPV-targeted T cells (immune cells that specifically attack tumour cells harbouring HPV proteins) are grown from a patient’s tumour in the laboratory.

Those cells are subsequently infused back into the patient to fight the cancer. This is the first time adoptive T cell therapy has been tested in cervical cancer; it has previously shown promise in melanoma, leukaemia, and sarcoma.

In the study, nine patients received adoptive T cell therapy, and three responded to the treatment.

One patient had a partial response, with a 39-percent reduction in tumour volume, and two patients had complete remissions.

Those two patients had widespread metastases, and the disease had progressed despite prior therapy. At the time of analysis, those patients remained in remission for 11 and 18 months after treatment.

The treatment was associated with serious side effects, the most common being low blood counts, infections, and metabolic disorders.

Researchers are planning to expand this study to enroll additional patients.

Adoptive T cell therapy is being offered at an increasing number of major medical centres in the United States and other countries.

More than 4,000 women die of cervical cancer each year in the United States.

The disease disproportionately affects under-served populations – who are less likely to undergo              cervical cancer screenings – and most patients are younger.

Along with screening and preventative vaccines, better treatments are needed to reduce cervical cancer deaths in the future.