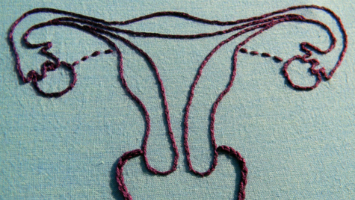 Metal-containing complexes have taken up centre stage in the search for new cancer drugs that are as free of side effects as possible.

In the journal Angewandte Chemie, a research team has now described how a very low dose of a rhenium metal complex interferes with cellular metabolism to such an extent that it kills ovarian cancer cells.

Cisplatin was the first metal-containing antitumour drug and others have been discovered since.

UPR is a cellular response to the accumulation of a large number of incorrectly folded proteins in the ER.

This results in the programmed cell death (apoptosis) of tumour cells.

A team led by Samuel M Meier-Menches at the University of Vienna (Austria) and Justin J Wilson at Cornell University (Ithaca, NY/USA) has analysed the effects of TRIP in more detail using chemoproteomics.

This method is used to identify which cellular proteins are bound by a drug.

Despite the broad toxic effects of TRIP, the team was able to identify 89 individual, dose-dependent, potential cellular target proteins in a line of ovarian cancer cells—this is called the target landscape for TRIP.

In addition, the team characterised the response of the living cancer cell line to treatment with TRIP by using proteome profiling.

This involves comparing the proteome, which is all the proteins of the cells, with and without addition of various doses of the drug and noting differences in the concentrations of individual proteins.

Taken together, these data point to the Fe-S cluster biogenesis factor NUBP2 as the probable starting point for the cellular processes triggered by TRIP.

Fe-S clusters are complexes made of several iron and sulphur atoms.

As cofactors, they play an important role in many enzymatic reactions, such as the respiratory chain.

NUBP2 is essential for the production of proteins with Fe-S clusters.

The quantity of the iron storage protein ferritin increased drastically.

The lack of Fe-S cluster proteins for cell respiration was substantiated by the bioenergetics of the tumour cells.

TRIP disrupts the biogenesis of Fe-S clusters in ovarian cancer cells in doses that are so small that they are not generally cytotoxic.

This makes it an interesting starting point for development of a selective antitumour drug with few undesired side effects.

This new combined research method could be used broadly to study the polypharmacology (effect on various targets) of metal-based drug candidates.