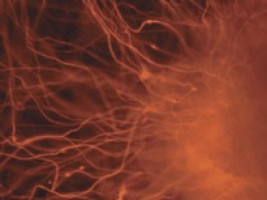 The use of autologous stem cell transplant (ASCT) early in the course of treatment showed a significant 21.4-month gain in median progression-free survival in younger, newly diagnosed multiple myeloma patients compared to patients who received chemotherapy without an initial transplant.

No overall survival benefit has yet been seen using ASCT early compared to keeping it in reserve.

Patients were randomly assigned to an initial treatment with melphalan to aid in collecting stem cells, then ASCT, followed by two cycles of a triplet-combination therapy known as RVd - lenalidomide (Revlimid), bortezomib (Velcade) and dexamethasone - versus three cycles of RVd, followed by stem cell mobilisation (stem cells collected for possible future use if the disease progresses), and then five more cycles of RVd.

This new research will be presented at the 2022 American Society of Clinical Oncology (ASCO) Annual Meeting.

Patients in the second arm received the chemotherapy drug melphalan, ASCT and then two cycles of RVd.

Of the patients in the non-transplant arm, 28% underwent a delayed transplant as part of this subsequent treatment.

There were 90 deaths in the non-transplant arm vs. 88 deaths in the ASCT arm, resulting in a four-year overall survival of 84% vs. 85%, respectively.

These results were not statistically significant.

Five-year overall survival estimates were not different, with median follow up now over six years.

Blood-borne adverse events occurred in 61% of the non-transplant patients vs. 90% of ASCT patients.

Initial quality-of-life scores associated with stem cell transplant in the ASCT arm were lower than in the non-transplant arm, however patients quality of life subsequently recovered post-transplant.

“The findings from DETERMINATION will have importance for real-world practice and the treatment of younger patients with multiple myeloma by informing providers and patients alike of the important considerations to be made in selecting treatment options in the newly diagnosed, transplant-eligible setting, as well as important implications for future research," said lead author Paul G. Richardson, MD, Clinical Program Leader and Director of Clinical Research, Jerome Lipper Multiple Myeloma Center at Dana-Farber Cancer Institute in Boston.

Dr. Richardson also noted that this trial has the highest African American participation of any phase III study in this setting to date at 18%.

Multiple myeloma is a highly heterogeneous disease, and there have been a large number of newer drugs and regimens approved for use in the disease this past decade.

For the study, 722 patients between the ages of 18 and 65 were randomly assigned to the two treatment arms at 46 study locations in the U.S.: 357 to the non-transplant arm and 365 to the ASCT arm.

The median age of the patients was 57 and 55, respectively.

Stem cells are mobilised so that they can be collected for subsequent reinfusion during a stem cell transplant.

In the ASCT arm, this is done as the next step in the patients treatment.

In the mobilisation arm, the stem cells are stored for potential use when a patient’s disease relapses, and instead of undergoing stem cell transplant these patients receive five more cycles of RVd, for a total of eight cycles.

To provide needed intensification of therapy, patients in the ASCT arm receive two more RVd cycles after recovery from their stem cell transplant.

In both arms, patients then go on to receive lenalidomide maintenance until their disease progresses.

Previous research has shown that for patients who plan to delay autologous stem cell transplantation, adding bortezomib to a two-drug therapy improves how long they live compared with the two-drug therapy alone.

This study was originally a parallel study to the phase III IFM/DFCI 2009 trial.

Whereas this previous trial only used lenalidomide as maintenance for one year, lenalidomide was given until disease progression for all patients in the DETERMINATION trial.

In a cross-trial comparison, the DETERMINATION study showed about a 12-month improvement in progression-free survival for patients in the non-transplant arm when using lenalidomide until progression compared to the use of just one year of lenalidomide in the IFM/DFCI 2009 trial, confirming the clinical benefit of maintenance lenalidomide.

The patients in the study continue to be followed for effects on OS and long-term safety endpoints.

“The prognosis for patients with multiple myeloma has improved substantially over the last 10 years. These findings add to an overall positive trend for patients with multiple myeloma and provide information relevant to the optimal timing of stem cell transplant in this disease,” said ASCO Chief Medical Officer & Executive Vice President Julie R. Gralow, MD, FACP, FASCO.