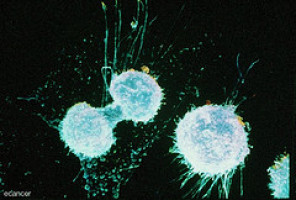 The prognosis for ovarian cancer patients is grim: less than half of high-grade serous ovarian cancer (HGSC) patients survive past five years from diagnosis. Initially, the tumours typically respond well to chemotherapy but become resistant after repeated treatments, enabling the cancer to regrow.

“Our research design is exceptional, even globally, and requires close collaboration between the clinicians who treat the patients, computational researchers and biologists. It’s also of vital importance that great majority of patients foresee cancer research as something valuable and choose to donate their samples for research purposes,” says University Researcher Anna Vähärautio, the corresponding author of the study from the University of Helsinki.

Hautaniemi’s group, especially the PhD student Kaiyang Zhang (first author of the study), allowed us to investigate what unites the tumours, instead of analysing specific features of each tumour. This way, we were able to identify similar, chemotherapy-induced changes in gene expression at the level of individual cells across this heterogeneous set of tumours,” Vähärautio explains.

The study was published in the esteemed Science Advances journal.

The findings demonstrated that chemotherapy boosted a stress-related state in cancer cells. The tumour subclones with the highest stress state before chemotherapy were enriched during the therapy. This was because these high-stress subclones reinitiated growth more robustly after chemotherapy than other clones and consequently repopulated the tumours more effectively.

“Our observation is also supported by a more extensive international validation cohort of 271 ovarian cancer patients, where a higher stress state in the tumour prior to chemotherapy predicted a significantly poorer treatment response,” Vähärautio says.

In the study, the cancer cell stress state was associated to the microenvironment composition in the tumour. High-stress tumours had a particularly high concentration of inflammatory stroma.

In these tumours, both cancer cells and the stroma produced a large amount of signalling molecules, which have the ability to further strengthen the inflammatory stress state on both cell types. This vicious cycle of inflammatory signalling may reduce the tumour’s response to chemotherapy.

“Our findings help to identify already prior to treatment the tumours that are the most likely to have a poor response to therapy. Our results also suggest that therapies could be targeted at the inflammatory microenvironment of cancer cells and the surrounding tissue to improve treatment outcomes with the help of combination therapy,” says Vähärautio.

In the future, combination therapies can boost the efficacy of chemotherapy, especially in patients whose tumours respond poorly to current therapies.