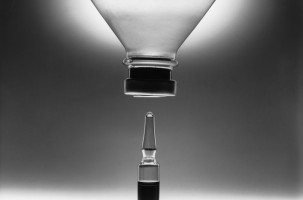 “To date, the HIMALAYA study is one of the largest phase III studies conducted with long-term follow-up demonstrating the role of immunotherapy in surgically unresectable HCC. HIMALAYA chose a novel approach of priming with a single dose of combination immunotherapy followed by the single-agent durvalumab. While the primary endpoint was met, based on the current data, the secondary endpoint of progression-free survival was not superior in either investigational arm relative to the control arm, requiring further discussion,” said Cathy Eng, MD, FACP, ASCO Expert in gastrointestinal cancers.

Results from the randomized international phase III HIMALAYA trial showed that a combination of durvalumab plus the experimental drug tremelimumab, both immunotherapies, significantly improved overall survival in patients with advanced, unresectable hepatocellular carcinoma, the most common type of liver cancer, compared to patients who received only sorafenib.

The study will be presented at the 2022 American Society of Clinical Oncology (ASCO) Gastrointestinal Cancers Symposium, taking place January 20-22, 2022, in San Francisco, California.

The two immunotherapies in this trial utilise neutralizing monoclonal antibodies but target different immune checkpoint proteins. Durvalumab blocks the PD-L1 protein on the surface of immune cells, which leads to immune system reactivation.

Tremelimumab is an experimental immunotherapy that targets the CTLA-4 receptor, which plays a key role in tamping down immune system responses. The authors hypothesized that tremelimumab would boost the response to durvalumab.

There were about 42,230 adults diagnosed with primary liver cancer in the United States (U.S.) in 2021 and there were an estimated 30,230 deaths due to the disease.

The overall liver cancer death rate has doubled since 1980. The most recent 5-year survival rates are 32.6% in patients diagnosed with localized liver cancer, 10.8% with regional disease, and 2.4% with distant disease.

In January 2020, the U.S. Food and Drug Administration granted durvalumab plus tremelimumab orphan drug status for the treatment of hepatocellular carcinoma. An orphan drug designation is given to drugs that are intended for the treatment, diagnosis, or prevention of rare diseases or disorders that affect fewer than 200,000 people in the U.S.

HIMALAYA is an open label clinical trial for patients with advanced, unresectable hepatocellular carcinoma. In total, 1,171 patients were randomly assigned to one of three treatment regimens: tremelimumab plus durvalumab, durvalumab alone, or sorafenib.

While sorafenib - an oral drug that blocks signalling that leads to proliferation of cancer cells and blood vessels during tumour growth - was the only approved standard of care for liver cancer at the start of the trial, lenvatinib and atezolizumab plus bevacizumab are also now used as treatments for liver cancer.

Patients were followed for a median of about 16 months. Patients with known risk factors for the disease were represented in the trial, including those with viral hepatitis B, hepatitis C, and other non-viral origins. The trial was conducted in the U.S., Canada and 14 other countries, including those in Europe, South America and Asia.

“We plan on taking a deeper dive into outcomes based on causes for the disease, such as viral infection, as well as which regions of the liver are impacted,” said Dr. Abou-Alfa.

The researchers will also explore the progression-free survival results in more detail as well as quality-of-life responses from patients in the trial to determine how best to administer and monitor the drugs to optimise patient care.