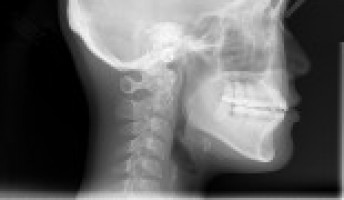 A research group led by Associate Professor Ryoji Yoshida and Professor Hideki Nakayama from the Department of Oral and Maxillofacial Surgery in Kumamoto University (Japan) has analysed the extracellular vesicles (EVs) of radiation-resistant oral cancer cells and the microRNA contained within them, and discovered a new mechanism by which microRNA imparts radioresistance to surrounding radiation-sensitive oral cancer cells.

This research was published in the Journal of Extracellular Vesicles.

The researchers believe that that their discovery may lead to the development of new diagnosis and treatment methods for radiation-resistant oral cancer.

Radiation therapy is the second most used treatment, after surgery, for oral cancer.

However, some oral cancers are resistant to radiation therapy and may recur or worsen.

The prognosis for patients with radiation resistant oral cancer is poor.

Cancer cells are believed to acquire radiation treatment resistance by “talking to each other” using a form of cell-to-cell communication to share various information.

The focus of most research has been on EVs, which are released outside the cell, as the cellular communications toolbox because they contain a large amount of information in the form of genes and proteins. Furthermore, little research has been done on the relationship between EVs and oral cancer radiotherapy resistance.

In what they believe to be a world first, the Yoshida & Nakayama research group successfully isolated EVs released from radiation-resistant oral cancer cells.

The microRNA (miR-503-3p) is able to suppress apoptosis (cell death) after irradiation, thereby making the formally radiation-sensitive cells radioresistant. The researchers believe that this mechanism highly contributes to the establishment of radioresistant oral cancer within the body.

On uncovering this new mechanism for radiation resistance acquisition by oral cancer, Professor Nakayama said, “Our research may lead to the development of new diagnostic and therapeutic methods for this type of cancer. We hope to soon begin animal experiments with the goal of developing a therapeutic strategy that targets the EVs secreted by radioresistant oral cancer."