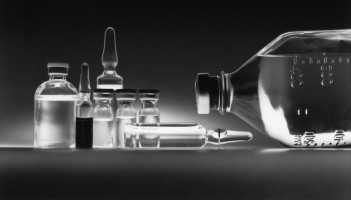 The new study, carried out by The Institute of Cancer Research, London, together with Gustave Roussy, a cancer institute based near Paris, has found PARP inhibitors could also exploit weaknesses in DNA repair in patients whose cancers have defects in the PBRM1 gene.

PBRM1 mutations are found in around half of all kidney cancer cases, affecting around 6,000 people in the UK each year – as well as in mesothelioma; cancer linked to asbestos exposure and in some lung or bile duct cancers.

Although PBRM1 gene defects are common, there are currently no treatments that target them.

Scientists investigated whether tumours with weaknesses in one system for DNA repair through defects in PBRM1 could be vulnerable to treatment with PARP inhibitors, which target a second repair system.

The team at The Institute of Cancer Research (ICR) and Gustave Roussy found that treating PBRM1-defective cancer cells with PARP inhibitors like rucaparib, olaparib or talazoparib in the lab had a ‘synthetic lethal’ effect, causing the cells to die.

The findings from this study, published in the journal Cancer Research, have prompted the development of two Gustave Roussy-sponsored multicentre phase II clinical trials looking at combining a PARP inhibitor with immunotherapy in patients with a range of cancers with faulty PBRM1 genes, including kidney, lung, bladder and bile duct cancers.

The study found that cells lacking the PBRM1 protein had higher than usual levels of DNA damage, which worsened when the cells were treated with PARP inhibitors.

Both PARP and PBRM1 proteins are involved in repairing cancer cells’ DNA. Cancer cells can survive with just one of PARP or PBRM1, but they will die if both DNA repair systems are switched off – left unable to adequately repair their DNA.

Researchers also found that the presence of PBRM1 influenced the anti-cancer immune response.

Scientists at the ICR – a charity and research institute – discovered how to genetically target the PARP inhibitor olaparib, which became the world’s first cancer drug targeted against inherited genetic faults when it was approved for the treatment of BRCA-mutant ovarian cancer in 2014.

Researchers now hope that PARP inhibitors could also be targeted against faults in the PBRM1 gene.

“Defects in the PBRM1 gene are common in various cancers, including half of all clear cell renal cell carcinomas, a common form of kidney cancer. Our findings suggest that cancers with faulty PBRM1 genes are sensitive to PARP inhibitors – drugs that strip cancer of its DNA defences.

“These findings are promising and our colleagues in Paris have already begun trials in patients based on this work.

We’re hopeful that this could become a brand new genetically targeted approach to treating cancer, and could offer hope to patients with various cancer types including a common form of kidney cancer.”

“PBRM1 defects occur frequently on several cancer types and have for long been ignored because we had no technology that allowed us to look for them and diagnose them in the clinical practice, until recently.

Our findings open novel perspectives for the treatment of these cancers for which there are currently limited treatment options.

“The fact that PARP inhibitors could also activate the immune response is important, as immunotherapies have brought unprecedented benefits in patients with tumours types where PBRM1 is frequently mutated, such as kidney or lung cancer.

We, therefore, hope that the two clinical trials that we have developed will benefit patients and bring new hope for patients with cancers where PBRM1 is defective.”

“At the ICR, our scientists are working to identify and develop new smarter, kinder cancer treatments which attack cancers in brand new ways – including by stripping cancers of their DNA defences and so preventing them from repairing genetic damage.

There is currently no personalised medicine approaches that target cancers with defects in the PBRM1 gene and we need new treatments urgently for people with these cancers.

The results show the exciting potential of PARP inhibitor drugs to be active in PBRM1 deficient tumours, including kidney cancer, as well as for increasing the immune response against these cancers.

It’s great to see studies like this which seek to turn scientific discoveries about the complexity of cancer into innovative new treatments with the potential to greatly benefit patients.”

Neil Fairbrother, 57, from Maidenhead, was diagnosed with clear cell renal cell carcinoma in 2017. He said:

“I was diagnosed with cancer unexpectedly. I’d been experiencing headaches, but these had been put down to mild whiplash, and then suddenly one day I became ill and was rushed off to hospital in an ambulance.

“They found out I had kidney cancer which had spread to my brain.

I had surgery to remove my kidney and the tumour in my brain and then started taking a targeted medication which I’ve been on ever since.

I’ll stay on this medication for as long as it works, and I’m delighted to hear that more treatment options might become available. It gives me a lot of hope for the future, and I’d like to congratulate and thank the team involved.”