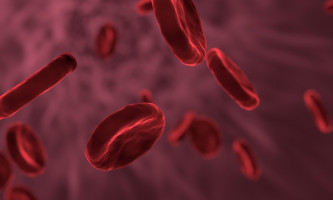 The discovery could help in the development of treatments of life-threatening blood disorders, such as myelodysplastic syndrome, and diseases afflicting red blood cells, including sickle cell disease and malaria. The study is published online in the journal Science.

"Our findings highlight the unique potential of this model in studies of diseases that intricately link red blood cells and the liver, such as malaria."

"MISTRG" mice were developed in the Yale laboratory of Richard Flavell, PhD, Sterling Professor of Immunobiology at Yale University School of Medicine and Yale Cancer Center and co-senior author of the study to have human growth factors and a human-like immune system.

Analysis of the fate of human red cells in MISTRG mice revealed that the mouse liver represents one of the major sites of red blood cell sequestration and destruction.

Deletion of the fumarylacetoacetate hydrolase (Fah) gene in MISTRG mice allowed replacement of mouse with human hepatocytes and rescue of human red blood cells in circulation.

Human red blood cells, one of the most common cell types in the body, have been under intense genetic selection throughout human evolution, the damaging consequences of which place a heavy burden on many human populations and healthcare systems.

"This is the first xenotransplantation model with circulating human red cells and it will open novel avenues for the study of disease pathophysiological mechanisms and for preclinical testing of treatments for many diseases, including myelodysplasia, bone marrow failure, sickle cell disease, and others," said Stephanie Halene, MD, PhD, Associate Professor of Medicine (Haematology), Chief of Haematology at Yale Cancer Center and Smilow Cancer Hospital and co-senior author of the study.