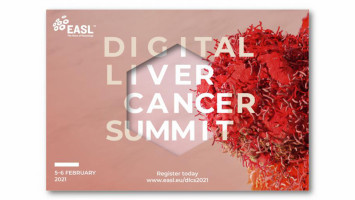 Survival at 18 months was 52% with atezo bev and 40% in patients treated with sorafenib.

All patients in the trial had non-resectable HCC - the most common form of liver cancer - and had not previously been treated with systemic therapy.

A total of 501 patients were treated in the multi-centre, open label, randomised controlled trial and the new follow-up figures confirm the superiority of the atezo bev combination over sorafenib in this group of patients with HCC.

Atezolizumab is an immune checkpoint inhibitor drug, which helps the immune system hunt down and destroy cancer.

Bevacizumab is a targeted monoclonal antibody therapy that starves tumours of their blood supply by preventing endothelial growth but also enhances the immune effects of atezolizumab.

The new data, presented today at the European Association for the Study of the Liver (EASL) Liver Cancer Summit 2021, follows the initial publication of trial data with 8.6 months of follow-up which found survival at 12 months was 67.2% with atezo bev, compared to 54.6% in those treated with sorafenib.

The combination provides the longest survival seen in a front-line Phase III study in advanced HCC, confirming atezo bev as a standard of care for previously untreated, unresectable HCC."

"These are highly significant findings for the treatment of patients with HCC. Many thousands of patients worldwide could benefit from this treatment and it can be considered a major breakthrough - the first improvement in treatment for these types of cases in 13 years and a treatment long awaited by doctors."

Patients were randomised 2:1 to atezo 1200 mg IV q3w bev 15 mg/kg IV q3w or sorafenib 400 mg bid until unacceptable toxicity or loss of clinical benefit per investigator. Patients were required to have an upper endoscopy within 6 months of starting the study, to assess for high-risk varices.

Survival benefit with atezo bev vs sorafenib was generally consistent across subgroups and with the primary analysis.

"We now need to understand what is next in front-line liver cancer and how will we build on this data to further improve outcomes beyond the 19.2 months we described. Additionally, we need to evaluate the efficacy for this regimen in earlier stages of HCC."