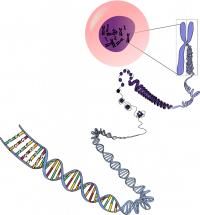 Through large-scale profiling of protein changes in response to drug treatments in cancer cell lines, researchers at The University of Texas MD Anderson Cancer Center have generated a valuable resource to aid in predicting drug sensitivity, to understand therapeutic resistance mechanisms and to identify optimal combination treatment strategies.

Their findings, published today in Cancer Cell, include expression changes in more than 200 clinically relevant proteins across more than 300 cell lines after treatment with 168 different compounds, making it the largest dataset available on protein responses to drug treatments in cancer cell lines.

"We've seen a number of perturbation studies that look at gene expression changes following drug treatments or CRISPR-mediated changes, but there is a significant gap in terms of proteomic profiling," said senior author Han Liang, Ph.D., professor of Bioinformatics and Computational Biology.

"We hoped to fill that gap by profiling changes in major therapeutic target proteins, which provides a lot of insight in terms of drug resistance and designing drug combinations."

Perturbation biology measures how a system, such as cancer cells, responds to various stimuli.

These types of experiments have proven useful in modelling cancer behaviours and understanding responses at a system level, explained Liang.

To profile protein perturbations, the researchers used a technique called reverse-phase protein array (RPPA), which enables the rapid quantitative analyses of a select group of proteins.

Protein levels were measured at baseline and after treatment, often at multiple time points.

Rather than analysing all possible drug-cell line combinations, the researchers focused on those most likely to be relevant to the field.

In total, they generated RPPA profiles of 15,492 samples, including 11,884 drug-treated samples and 3,608 control samples. The data was highly reproducible and verified by multiple independent pathways.

The data obtained from these analyses provides important insight into the mechanisms of drug response or resistance, highlighting signalling pathways that are activated or suppressed following treatment with a given drug.

Further, having data on both baseline and post-treatment protein levels is much more useful in modelling to predict sensitivity to additional drugs, explained Liang.

The researchers also constructed a comprehensive map of protein-drug connections to visualise responses and to better study relationships between different proteins and signalling pathways.

The maps showcase which proteins have significant changes from a given drug, which drugs yield similar responses and which proteins saw similar patterns of change.

Studying these complex relationships can reveal unknown connections and can point to potentially effective therapeutic combinations.

"Through this dataset, one can immediately see the consequences of a given drug, including perturbed pathways and adaptive responses, which can help to identify optimal drug combinations," said Liang.

"As we continue working to expand the data, we think this will be a valuable starting place for researchers doing drug mechanism studies."

The protein response data is publicly available for researchers in a data portal, which provides various methods for visualising and downloading the data.

Although the study includes only a subset of cancer types, the researchers hope to continue adding to the dataset in the future.

In the long-term, the research team anticipates that proteomic profiling at baseline and following treatment may be a useful tool in clinical trials to better follow patient treatment responses and to optimise therapeutic strategies.