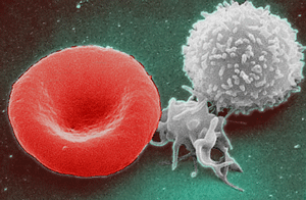 Until recently, it was believed that the innate immune system, the body's first line of defense, lacked the ability to remember pathogens like the adaptive immune system.

A ground-breaking study involving researchers from Eindhoven University of Technology, as well as multiple institutes and universities in Europe and the US, introduces a 'nanobiologic' immunotherapy that can train the innate immune system and help it to eliminate tumorous cells.

The new approach has been successfully demonstrated in a mouse melanoma model.

Immunotherapy has received plenty of attention in cancer therapy in recent years.

The former provides an initial rapid response to an infection and mobilises the latter through antigens associated with a detected pathogen.

Our adaptive immune system can acquire immunological memory against pathogens naturally or via vaccination.

As a result, it can produce the necessary immunity response to eliminate previously encountered pathogens.

It was long believed that the innate immune system lacked memory.

However, pioneering work by Prof. Mihai Netea (Radboud University Medical Center) has demonstrated that the innate immune system can be "trained", for example by vaccinating individuals with the BCG vaccine against tuberculosis.

He showed that innate immune cells can acquire a primitive memory through metabolic and epigenetic rewiring, which elevates cell responsiveness.

Essentially, production of innate immune cells with a trained immunity phenotype is regulated by progenitor cells in bone marrow, which are the cells that can differentiate into suitably programmed immune cells.

For cancer therapy, therapeutic targeting of trained immunity could be hugely beneficial.

The results of an extensive collaborative effort involving a host of institutions from the Netherlands (including Amsterdam UMC and Radboudumc), Europe, and the US - led by Prof. Willem Mulder of TU Eindhoven and the Icahn School of Medicine at Mount Sinai - has been published in the prestigious journal Cell.

"The work involves the development and preclinical evaluation of a novel immunotherapy based on highly biocompatible nanomaterials called nanobiologics. Our study is a significant advancement for both trained immunity and cancer treatment, with real translational potential," says Mulder.

The researchers created a library and after extensive screening, they identified a nanobiologic lead candidate that effectively induced trained immunity and displayed high bone marrow propensity.

Next, the researchers administered the nanobiologic therapeutic intravenously to a mouse melanoma model.

Findings from the research demonstrate that this approach could be used as a stand-alone anti-cancer therapy or in conjunction with checkpoint inhibitor drugs, a clinical cancer immunotherapy.

The biotech startup Trained Therapeutix Discovery (TTxD) is working on the further development of the nanobiologic treatment to address some of the most recalcitrant and debilitating diseases including cancer and serious infection.

TTxD aims to transition the treatment to Phase I clinical human trials within two to four years.