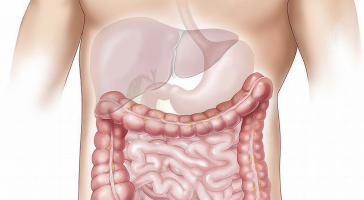 The importance of gut microbiota in alcohol-related liver disease and liver cancer has been demonstrated in two studies, presented at The Digital International Liver Congress 2020.

The key role of microbial biodiversity in the gut was highlighted in a study of faecal microbial transplant, with the technique showing promise as an intervention to improve some aspects of alcohol-related liver disease.

A second study used a mouse model to associate changes in gut microbiota with the action of key signalling molecules, mediating the risk of hepatocarcinogenesis.

In recent years, imbalances in gut microbiota, or dysbiosis, have been implicated as contributing to alcoholic liver disease.

In cases of chronic alcohol use, reactive oxygen species produced by alcohol metabolism can lead to chronic intestinal inflammation, which in turn can increase gut permeability and alter microbiota composition.

This includes expansion of inflammation-associated bacteria such as Proteobacteria, and reduction of protective species such as Faecalibacterium.

Increased gut permeability is believed to lead to translocation of gut bacterial DNA and endotoxins to the liver.

The latter, in particular, are thought to induce pro-inflammatory toll-like receptor 4 (TLR4) signalling pathways that are associated with hepatocarcinogenesis.

The importance of gut microbiota raises the possibility of exploiting its manipulation to improve patient outcomes.

The first study tested whether faecal microbial transplant (FMT) - the transfer of faecal bacteria from a healthy individual to a patient - could reduce cravings for alcohol as the first step for use in subsequent larger trials.

In a pilot, double-blind, placebo-controlled, randomised clinical trial, 20 patients with alcohol use disorder (AUD) and liver cirrhosis, who had tried several options to quit alcohol unsuccessfully, were given FMT or placebo, with FMT shown to reduce alcohol cravings as well as total and psychosocial sickness impact profile at Day 15 post-treatment. A corresponding significant increase in microbiota diversity was seen in FMT patients compared with baseline (p=0.02), including a higher relative abundance of Odoribacter.

Alistipes and Roseburia were also more abundant in patients given FMT compared with placebo at Day 15.

'FMT was safe and shown to have an impact on reducing short-term alcohol cravings and improving psychosocial quality of life in patients with cirrhosis and AUD', added study presenter Dr Jasmohan S Bajaj of McGuire VA Medical Center, USA.

'The relative abundance of short-chain fatty acid-producing bacteria identified in patients with higher diversity after FMT demonstrates that altering the gut-brain axis is a potential avenue to alleviating AUD in those with cirrhosis'.

A second study explored how gut microbiota may affect the process of developing hepatocellular carcinoma, using mice that have been genetically engineered to develop steatohepatitis (NEMO delta hepa mice). By crossing these mice with others that have had other genes involved in the inflammatory response to bacteria inactivated, and then altering the gut microbial balance with broad-spectrum antibiotics, the research team showed that knocking out the NLRP6 receptor (a key mediator of colonic homeostasis that can cause intestinal dysbiosis if deficient) leads to more severe steatohepatitis and a higher tumour burden.

The degree of intestinal barrier permeability was highly correlated with tumour burden as well as several indicators of inflammation in the liver.

Crucially, this immune phenotype could be transferred to other mice by FMT, provided they had functional TLR4 signalling, and could be reversed if the transplanted microbiota were depleted with broad-spectrum antibiotics.

'This knowledge of how short-term changes to microbiota reshape the hepatic tumour microenvironment has the potential to reveal new therapeutic options for cancer prevention and therapy'.

'The understanding of interactions between the human and microbiome genome (metagenome) in health and disease has represented one of the major areas of progress in the last few years', said Professor Luca Valenti, an EASL Scientific Committee member from the University of Milan, Italy.

'These studies lay the groundwork for exploiting this new knowledge for the treatment of liver disease'.