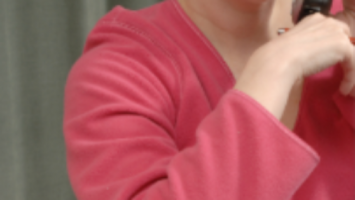 Adult survivors of childhood abdominal and pelvic cancers who had been treated with radiation therapy experienced abnormalities in body composition and had worse cardiometabolic health compared with the general population.

The study was published in the journal Cancer Epidemiology, Biomarkers & Prevention, a journal of the American Association for Cancer Research, and authored by Carmen Wilson, PhD, assistant member in the Epidemiology and Cancer Control department at St. Jude Children's Research Hospital

"Body composition abnormalities and cardiometabolic impairments are of concern among survivors given that in the general population, these conditions increase the risk of developing life-threatening diseases including cardiovascular disease and type 2 diabetes," said Wilson.

In this study, Wilson and colleagues assessed 431 adult survivors of paediatric abdominal or pelvic solid tumours who had been previously treated at St. Jude Children's Research Hospital.

The median age of participants during the study was 29.9 years.

The most frequent childhood diagnoses were neuroblastoma, Wilms tumour, and germ cell tumour, and the median age of participants at diagnosis was 3.6 years.

Approximately 37 and 36 percent of participants had received abdominal and pelvic radiation therapy, respectively, as part of their treatment.

To assess the impacts of radiation therapy, the authors compared the participants' body composition, metabolic abnormalities, and physical function to those of the general population, using age-, sex-, and ethnicity-matched data from the 2013 to 2014 National Health and Nutrition Examination Survey (NHANES).

Wilson and colleagues found that compared with data from NHANES, the survivors in their study were significantly more likely to have insulin resistance (33.8 percent vs. 40.6 percent), high triglycerides (10.02 percent vs. 18.4 percent), and low levels of high-density lipoproteins, commonly referred to as "good cholesterol" (28.9 percent vs. 33.5 percent). There were no significant differences in the levels of low-density lipoproteins ("bad cholesterol") between survivors and the general population.

She explained that radiation therapy has been shown to cause muscle injury, resulting in muscle fibre loss and loss of muscle regenerative cells, in animal studies. Wilson added that lifestyle choices may also impact relative lean mass and cardiometabolic health among survivors.

Wilson suggested that future research could examine the impact of radiation therapy and other cancer treatments on fat distribution across the body since increased abdominal obesity has been shown to be a better predictor of adverse health effects than measures of overall obesity.

In addition, Wilson is interested in exploring how interventions directed at lifestyle behaviors could improve lean mass and decrease fat mass among survivors of paediatric cancers.

"While it may not be possible to avoid radiation therapy as a key treatment for many solid tumours, early research suggests that resistance training interventions in survivors increase lean mass," said Wilson. "Further work is needed to see if training would also impact cardiometabolic impairments in this population."

A limitation of the study is that cardiometabolic outcomes may have been measured differently in the study cohort compared with those surveyed by NHANES.