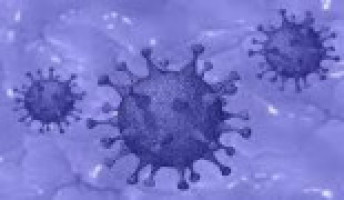 People with cancer sickened by COVID-19 have a crude death rate of 13%, according to the largest series of data released thus far from a multinational perspective.

The data on more than 900 patients, published in The Lancet, also revealed cancer-specific factors associated with increased mortality.

The information is the first report from an ongoing international initiative by the COVID-19 and Cancer Consortium (CCC19) to track outcomes within this vulnerable population.

The CCC19 registry was built and is maintained as an electronic REDCap database housed at Vanderbilt University Medical Center.

"People with cancer face a great deal of uncertainty in the era of COVID-19, including whether the balance of risks and benefits in the treatment of cancer has shifted in some fundamental way," said Jeremy Warner, MD, MS, associate professor of Medicine and Biomedical Informatics at Vanderbilt University, the study's corresponding author. "The death rate for this group of patients as a whole was 13%, more than twice that reported for all patients with COVID-19 (by the Johns Hopkins Center for Systems Science and Engineering). Certain subgroups, such as patients with active (measurable) cancer and those with an impaired performance status, fared much, much worse."

The data in this first report from CCC19 was gathered from 928 patients in Spain, Canada and the United States.

"CCC19 has been a massive effort to accumulate clinically-relevant data on a large number of patients with COVID-19 infection," said Brian Rini, MD, Ingram Professor of Cancer Research and Chief of Clinical Trials at Vanderbilt-Ingram Cancer Center, one of the study's three senior authors. "This initial report defines some of the major risk factors and outcomes for certain patient subsets, and several other CCC19 projects are ongoing to further expand this knowledge with the goal to inform cancer patients and providers."

The other senior authors are Warner and Gary H. Lyman, MD, MPH, professor of Medicine-Oncology at the University of Washington.

These early data showed no statistical association between 30-day mortality and cancer treatments, suggesting that surgery, adjuvant chemotherapy and maintenance chemotherapy could continue during the pandemic with "extreme caution."

"While older patients and those with major co-morbid conditions are at substantially increased risk of dying from COVID-19, our early findings are encouraging news for patients without major medical conditions who receive their cancer therapy within four weeks of their infection. However, more data are needed to reliably assess individual higher risk therapies," said Nicole Kuderer, MD, with the Advanced Cancer Research Group in Seattle, one of the study's lead authors.

The cancer-specific factors associated with increased mortality included having an ECOG performance status of two or worse.

ECOG is a grading scale for measuring how cancer impacts a patient's daily living abilities.

A score of two designates a patient who is capable of self-care but unable to work and who is up and about more than 50% during waking hours.

The mortality risk also increased with the number of co-morbidities, such as hypertension or diabetes, particularly with two or more co-morbidities.

As is the case with the non-cancer population, mortality increased with age.

Males also had a higher death rate than females, 17% compared to 9%.

Watch our interview with Dr Gary Lyman about the COVID-19 and Cancer Consortium initiative here.