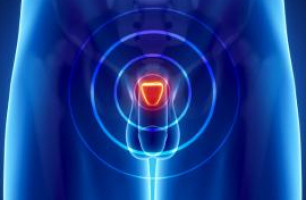 It has been announced that the results from the final analysis of the pivotal Phase 3 SPARTAN study demonstrating apalutamide in combination with androgen deprivation therapy (ADT) significantly improved overall survival (OS), compared to ADT alone, in patients with non-metastatic castration-resistant prostate cancer (nmCRPC) who were at high risk of developing metastases.1

Results will be presented at the American Society of Clinical Oncology (ASCO) Virtual Scientific Program (Abstract #5516) beginning May 29th.

Apalutamide in combination with ADT prolonged median overall survival by 14 months and decreased the risk of death by 22 percent.1

After the study met its primary endpoint of metastasis-free survival (MFS), the SPARTAN study was unblinded and patients on placebo were allowed to crossover to apalutamide.

The OS results were achieved despite a crossover of 76 randomised placebo patients (19 percent) to apalutamide treatment.1

After adjusting for the crossover of patients in the placebo arm, the treatment effect of ERLEADA® plus ADT exceeded median OS compared to placebo plus ADT with a difference of 21 months between the two arms (73.9 months vs 52.8 months, respectively, HR=0.69, p=0.0002).

"Treatment for patients with non-metastatic castration-resistant prostate cancer is primarily focused on delay of metastases and improvement of overall survival," said Eric Small, M.D., FASCO, Professor of Medicine, and Chief Scientific Officer at the Helen Diller Family Comprehensive Cancer Center at the University of California, San Francisco, and lead SPARTAN study investigator. "The final analysis of SPARTAN includes long-term data for each of these treatment parameters and helps to support the earlier use of apalutamide versus ADT alone."

Together with data from the primary analysis, the SPARTAN study has met all primary, secondary and exploratory endpoints.

"This achievement in overall survival adds to the body of clinical data supporting apalutamide in the treatment of patients diagnosed with non-metastatic castration-resistant prostate cancer," said Margaret Yu, M.D., Vice President, Prostate Cancer Disease Area Leader, Janssen Research & Development, LLC. "Through our five ongoing registrational Phase 3 clinical trials for apalutamide, we are committed to the development of treatments for patients diagnosed with prostate cancer at various stages of the disease."

Median treatment duration was nearly three times longer for patients treated with apalutamide plus ADT (33 months) compared with the those treated with placebo plus ADT (12 months).1

Initial results from the SPARTAN trial were presented at the 2018 American Society of Clinical Oncology Genitourinary Cancers Symposium (ASCO GU) and simultaneously published in The New England Journal of Medicine.

The study met its primary endpoint of MFS demonstrating a median MFS of more than two years (difference of 24.31 months) and a 72 percent reduction in risk of distant metastasis in patients with nmCRPC.2

OS data were not mature at the time of the final MFS analysis (24 percent of the required number of  events).

Updated results were presented at the European Society for Medical Oncology (ESMO) Annual Congress in 2019 and were simultaneously published in Annals of Oncology.