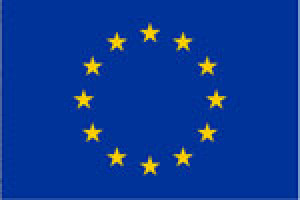 It has been announced that the European Commission (EC) has granted marketing authorisation for the expanded use of apalutamide to include the treatment of adult men with metastatic hormone-sensitive prostate cancer (mHSPC) in combination with androgen deprivation therapy (ADT).

“Prostate cancer is the most prevalent form of cancer in men throughout Europe, and the expanded approval of apalutamide marks a significant advancement for those living with mHSPC,” said Prof Axel S. Merseburger, Chairman of the Department of Urology, Campus Lübeck, University Hospital Schleswig-Holstein, Kiel, Germany.

“In prostate cancer treatment, our primary goal is always to delay progression of disease and prolong survival, to ensure the best possible outcomes for patients. Today’s news is therefore an encouraging development for patients within Europe, for whom the importance of an additional treatment option that can both delay progression and extend survival cannot be underestimated,” added Prof Merseburger.

The EC approval is based on data from the Phase 3 TITAN study, which assessed the addition of apalutamide to ADT in a broad range of patients with mHSPC, regardless of disease volume, prior treatment with docetaxel or staging at initial diagnosis.

The dual primary endpoints of the study were overall survival (OS) and radiographic progression-free survival (rPFS).

In both study arms, median OS was not reached.

The median rPFS was 22.1 months for placebo plus ADT and not reached for apalutamide plus ADT.

The two-year OS rates, after a median follow up of 22.7 months, were 82 percent for apalutamide plus ADT compared to 74 percent for placebo plus ADT.

These results were published in The New England Journal of Medicine.

The safety profile observed in the TITAN study for apalutamide plus ADT was consistent with that described in previous studies.

The most common Grade ≥3 AEs for apalutamide plus ADT versus placebo plus ADT were hypertension (8.4 percent vs. 9.1 percent) and skin rash (6.3 percent vs. 0.6 percent).

“We are delighted with the EC’s approval of the extended use of apalutamide, which makes an important treatment option potentially available to over 100,000 patients living with mHSPC across Europe,” said Joaquín Casariego, M.D., Janssen Therapeutic Area Lead Oncology for Europe, Middle East & Africa, Janssen-Cilag S.A. “It is vital to fight cancer at this stage of the disease with an efficacious new line of treatment, to delay progression to the late and fatal mCRPC stage and, crucially, prolong survival."

“We continue to be encouraged by the clinical trial data for apalutamide, which demonstrates that the addition of apalutamide to ADT improves outcomes for a broad range of patients with mHSPC, compared to ADT alone,” said Craig Tendler, M.D., Vice President, Clinical Development and Global Medical Affairs, Oncology at Janssen Research & Development, LLC. “This approval is welcome news for patients with mHSPC and highlights our focus of addressing areas of high unmet need across the prostate cancer disease continuum.”