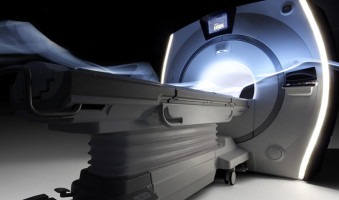 Researchers have identified several potentially useful breast cancer biomarkers that indicate the presence and risk of malignancy, according to new research published in the January issue of The Journal of Nuclear Medicine.

By comparing healthy contralateral breast tissue of patients with malignant breast tumours and benign breast tumours, researchers found that multiple differences in biomarkers can be assessed with PET/MRI imaging, which could impact risk-adapted screening and risk-reduction strategies in clinical practice.

While screening mammography has decreased mortality for breast cancer patients by 30 percent, its sensitivity is limited and is decreased in women with dense breast tissue.

The study included 141 patients with imaging abnormalities on mammography or sonography on a tumour -free contralateral breast.

The patients underwent combined PET/MRI of the breast with dynamic contrast-enhanced MRI, diffusion-weighted imaging (DWI) and the radiotracer 18F-FDG.

In all patients, several imaging biomarkers were recorded in the tumour-free breast: background parenchymal enhancement and fibroglandular tissue (from MRI), mean apparent diffusion coefficient (from DWI) and breast parenchymal uptake (from 18F-FDG PET).

Differences among the biomarkers were analysed by two independent readers.

A total of 100 malignant and 41 benign lesions were assessed.

In the contralateral breast tissue, background parenchymal enhancement and breast parenchymal uptake were decreased and differed significantly between patients with benign and malignant lesions.

The difference in fibroglandular tissue approached but did not reach significance, and the mean apparent diffusion coefficient did not differ between the groups.

"Based on these results, tracer uptake of normal breast parenchyma in 18F-FDG PET might serve as another important, easily quantifiable imaging biomarker in breast cancer, similar to breast density in mammography and background parenchymal enhancement in MRI," Leithner explained. "As hybrid PET/MRI scanners are increasingly being used in clinical practice, they can simultaneously assess and monitor multiple imaging biomarkers--including breast parenchymal uptake--which could consequently contribute to risk-adapted screening and guide risk-reduction strategies."