SABCS 2019: Long-term follow-up shows oestrogen alone and oestrogen plus progestin have opposite effects on breast cancer incidence in postmenopausal women 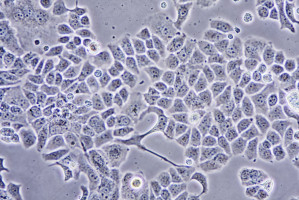 Long-term follow-up results from two large, randomised, placebo-controlled Women's Health Initiative (WHI) trials in postmenopausal women showed that the use of oestrogen alone as menopausal hormone therapy decreased breast cancer incidence and death with persistent results after discontinuation of use, while oestrogen plus progestin increased breast cancer incidence with persistent results after discontinuation of use, according to results presented at the 2019 San Antonio Breast Cancer Symposium, held Dec. 10-14.

“Menopausal hormone therapy with oestrogen plus progestin (for postmenopausal women with an intact uterus) and oestrogen alone (for postmenopausal women with prior hysterectomy) continues to be used by millions of women worldwide,” said Rowan T. Chlebowski, MD, PhD, chief of the Division of Medical Oncology and Hematology at Harbor-UCLA Medical Center, and an investigator at The Lundquist Institute. “Nonetheless, after nearly half a century, menopausal hormone therapy influence on breast cancer incidence and mortality remains unsettled, with discordant findings from prospective observational studies compared to findings from randomised clinical trials.”

Chlebowski added, “While there are differences in characteristics of participants in the observational studies compared with those in the WHI randomised trials, the discordance between the randomised clinical trial findings with respect to oestrogen alone use and observational findings are difficult to reconcile.”

Chlebowski and colleagues enrolled postmenopausal women aged 50 to 79 years with no prior breast cancer in one of two randomised clinical trials at 40 U.S. centres from 1993 to1998, and followed the patients through September 2016.

Postmenopausal women who had undergone hysterectomy received CEE alone (5,310) or placebo (5,429) for a median of 7.2 years.

After 16.1 years of cumulative follow-up, among those who received CEE alone, there were 520 incident breast cancers during the post-intervention period.

After 18.3 years of cumulative follow-up, among those who received CEE plus MPA, there were 1,003 incident breast cancers during the post-intervention period.

Compared with women who had received placebo, those who had received CEE plus MPA were 29 percent more likely to have been diagnosed with breast cancer, and this negative outcome is in agreement with the earlier finding from this trial during the intervention period.

CEE plus MPA was associated with an increased risk for death from breast cancer in the extended analysis, but it did not reach statistical significance.

Key limitations of the study include that the breast cancer mortality analyses were not protocol-specified.

In addition, the trials evaluated one dose and schedule of CEE plus MPA or CEE alone, respectively, and findings may not apply to other preparations, doses, or schedules.