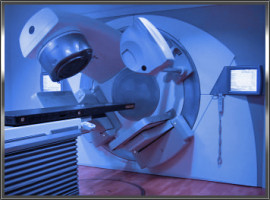 A personalised approach to cancer treatment has become more common over the last several decades, with numerous targeted drugs approved to treat particular tumour types with specific mutations or patterns.

However, this same personalised strategy has not translated to radiation therapy, and a one-size-fits-all approach for most patients is still common practice.

Moffitt Cancer Center researchers hope to change this mindset for radiation treatment with the development of a genomically-based model that can optimise and personalise a radiation dose to match an individual patient's needs.

Radiation therapy is part of the standard treatment approach for breast cancer, but the dose administered to most patients is largely the same.

Currently, clinical studies are being conducted to determine the benefits and risks of omitting radiation treatment in certain patients with breast cancer who are at a low risk of local disease recurrence.

However, according to Javier Torres-Roca, M.D., senior member of Moffitt's Department of Radiation Oncology, "a true genomic approach to personalise radiotherapy dose has not yet been undertaken."

However, they wanted to further develop the use of the RSI to more accurately determine the appropriate radiation dose for individual patients.

The research team combined the RSI with a model that is used to determine the effect of radiation dose on tumour and normal tissues to create a new radiation dose determining method called genomically-adjusted radiation dose (GARD).

In a new study published this month in EBioMedicine, Moffitt researchers validated the use of the GARD model in two separate groups of triple-negative breast cancer patients treated with radiation therapy from Europe (N=58) and a program at Moffitt (N=55).

They demonstrated that GARD values were associated with the risk of breast cancer recurring locally.

The researchers also used GARD to calculate an individualised radiation dose for each breast cancer patient in the group of patients from Moffitt.

They found that the range for biological optimal radiation dose in triple negative breast cancer ranged from 30 to 76 Gy, and that the current standard to deliver 60 Gy to all patients could be overdosing a significant number of patients.

The researchers are now planning a clinical trial to be initiated at Moffitt where the radiation dose for breast cancer patients will be selected based on this model.

They hope that the continued study of the GARD model and its implementation into practice will benefit patients by allowing a personalised approach to radiation treatment and will minimise the risks of additional radiation exposure.

"Our analyses provide the first proposed range for optimal radiotherapy dose at an individual patient level in triple-negative breast cancer and proposes a significant number of patients can be treated with lower doses of radiotherapy while still maintaining high levels of local control," said Kamran Ahmed, M.D., assistant member of the Department of Radiation Oncology at Moffitt and lead author of the study.