ASCO 2019: Debate-fuelling headlines you may have missed 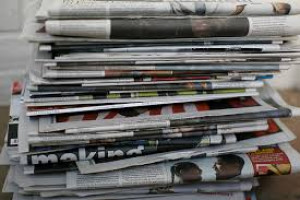 With over 2400 abstracts presented at the 2019 American Society of Clinical Oncology (ASCO) Annual Meeting, you would be forgiven for struggling to keep on top of all the news. Here are six noteworthy announcements that may have passed under your radar.

In 2016, the U.S. Food and Drug Administration granted accelerated approval to olaratumab with doxorubicin to treat adults with certain soft tissue sarcomas (STSs). Approval was based on significantly improved overall survival versus doxorubicin alone in metastatic STS (N = 133).

At ASCO 2019, investigators of the confirmatory phase III ANNOUNCE trial (NCT02451943) gave the shocking news that overall survival was not significantly improved by olaratumab plus doxorubicin versus placebo plus doxorubicin in metastatic STS.

Dr William Tap, Memorial Sloan Kettering Cancer Center, advised that the combination – which gained widespread use in over 40 countries worldwide – is now being withdrawn from market.

In a break from the norm, an ASCO plenary session was dedicated to the presentation of research into the positive impact of the Affordable Care Act on equality.

In U.S. states that adopted Medicaid expansion under the Act, prior racial disparities in time to treatment were no longer observed among 34,067 patients with advanced cancer.

As explained by Prof Hope Rugo, University of California, margetuximab’s Fc region (a protein receptor on the cell surface) was engineered to increase affinity of the immunoglobulin G (IgG)Fc gamma receptor, with an aim of activating the immune system.

The phase III SOPHIA trial (NCT02492711) demonstrated improved progression-free survival with margetuximab versus trastuzumab, both alongside chemotherapy, for the treatment of patients with pre-treated, HER2-positive, metastatic breast cancer (N = 536).

The 1-month increase in progression-free survival was small yet statistically significant (5.8 months for margetuximab vs 4.9 months for trastuzumab).

“The theory that one can actually alter the antibody to bind and affect other activities of the immune system is a very important step” said Prof Debu Tripathy, University of Texas MD Anderson Cancer Center.

“Perhaps this will be employed in other adaptations and design modifications to currently available antibodies across a whole spectrum of diseases” he advised ecancer.

Speaking to ecancer, Dr Luis Raez, Memorial Healthcare System, said the results were very exciting and could influence the standard of care.

We reported the positive results of NEOSTAR on 1 June.

On the back of excellent results in the metastatic setting, the phase III APACT trial (NCT01964430) assessed the efficacy of nab-paclitaxel plus gemcitabine versus gemcitabine alone in surgically resected pancreatic adenocarcinoma.

Results met a muted reception at ASCO, with the trial failing to meet its primary endpoint of disease-free survival by independent review.

In a discussion for ecancer, Dr Vaihab Sahai, University of Michigan, questioned the choice of primary endpoint, which deviated from previous trials. He sees potential for “consideration of nab-paclitaxel along with gemcitabine in patients who are not fit for FOLFIRINOX.”

Bemcentinib, an inhibitor of tyrosine kinase receptor AXL, is designed to overcome resistance to anti-PD-L1 therapies.

In a phase II trial (NCT03184571), bemcentinib plus pembrolizumab was compared with pembrolizumab alone in patients with advanced NSCLC who had previously received chemotherapy.

Dr Enriqueta Felip, Vall d´Hebron Institute of Oncology, explains that, of the 35 patients evaluable for response, “we have seen a response rate around 25%, but for those patients with AXL-positive tumours, the response rate is around 35%.”

The preliminary results hint that bemcentinib may have a future role in second-line therapy in patients selected by AXL status.