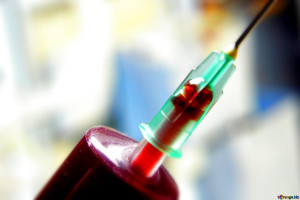 Separate phase III clinical trials show luspatercept to be safe and effective at reducing the need for blood transfusions.

The studies focus on patients with beta thalassemia and myelodysplastic syndromes, respectively.

Beta thalassemia is a genetic blood disorder characterised by reduced production of the protein haemoglobin, which affects the blood’s ability to transport oxygen, and is associated with life-threatening complications such as severe anaemia and organ damage.

Although new treatments have emerged in recent years, including curative gene therapies, blood transfusions remain the standard of care and most accessible treatment for a vast majority of patients.

Luspatercept is designed to increase the amount of healthy red blood cells by interfering with signals that suppress red blood cell production, thus improving patients’ ability to manufacture their own red blood cells and reducing the need for transfusions.

“Beta thalassemia is a very demanding disease,” said lead study author Maria Domenica Cappellini, of the University of Milan in Italy. “This new approach can totally change the quality of life for the patient. In addition, even for those who don’t become completely transfusion independent, reducing transfusions can reduce associated comorbidities.”

In addition, patients who require frequent, regular blood transfusions over the course of years often suffer liver and heart problems due to a buildup of iron.

Participants were mostly young, with a median age of 30 years, and required a median of six units of blood over a 12-week period before the trial.

Two-thirds were randomly assigned to receive luspatercept and one-third received a placebo, both administered via an injection every three weeks.

The researchers tracked the number of units of blood each participant required over the course of 48 weeks (about 11 months).

The results show those taking luspatercept were 5.8 times more likely to reach the primary endpoint (a 33% reduction in the number of units of blood needed during the study period) compared with those taking the placebo.

Reported adverse events included bone pain and thrombotic events, such as stroke, but the rates of these events did not differ significantly between patients taking luspatercept and those taking the placebo.

Genetic variation is known to affect the severity of beta thalassemia, so it may also affect the efficacy of treatments.

The researchers plan to further analyse the data to determine whether genes or other factors affect how patients respond to luspatercept.

Maria Domenica Cappellini, MD, University of Milan, will present this study during an oral presentation session on at ASH 2018 San Diego Convention Centre.

In the phase III MEDALIST clinical trial, the experimental drug luspatercept significantly reduced the need for frequent blood transfusions in just over half (53%) of patients with myelodysplastic syndromes (MDS) who were anaemic, required regular red blood cell transfusions, and showed abnormal iron overload in red blood cell precursors (a condition known as ring sideroblasts) before the study.

Thirty-eight percent of patients who received luspatercept were able to avoid red blood cell transfusions for at least eight weeks.

Myelodysplastic syndromes (MDS) are a type of bone marrow cancer in which the bone marrow fails to manufacture enough healthy blood cells.

Among those with lower-risk MDS, anaemia is the most common subtype of low blood count and causes debilitating symptoms for many patients.

Available anaemia drugs only work for about one-half of patients with lower-risk MDS-related anaemia and about one-quarter of those who are dependent on red blood cell transfusions.

Patients who do not respond to these drugs or have adverse reactions to them may require frequent blood transfusions to boost their supply of red blood cells and haemoglobin, the oxygen-carrying component of blood.

They can also lead to iron overload, especially in the heart and liver.

“Anemia and the chronic need for transfusions is a very big issue for these patients,” said lead study author Pierre Fenaux, MD, PhD, of Hospital Saint-Louis in Paris. “With low haemoglobin levels, patients are tired all the time and have an increased risk of falls and cardiovascular events. When you can improve haemoglobin levels, you really see a difference in quality of life.”

All patients had either failed to respond to available anaemia drugs or were ineligible for treatment with such drugs, and required red blood cell transfusions at least every one to two months.

Two-thirds were randomly assigned to receive luspatercept and one-third received a placebo, both administered via an injection every three weeks for at least six months

More than one-third (38%) of patients receiving luspatercept and 13 percent of those receiving a placebo achieved the primary endpoint of at least eight weeks without a need for a red blood cell transfusion.

The most common reported adverse effects with luspatercept treatment included fatigue and muscle pain, though it is difficult to determine whether these effects were related to anaemia or to the drug itself.