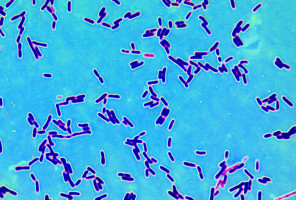 A high concentration of multi-strain probiotic helps to reduce mild to moderate episodes of chemotherapy-induced diarrhoea (CID) in cancer patients, according to results of a phase II/III study in India

Presenting the final results of the study at ESMO 2018 Congress lead investigator, Atul Sharma, Professor of Medical Oncology, All India Institute of Medical Sciences, New Delhi, India, remarked: “This is probably the first large, randomised, placebo-controlled study to look at the role of multi-strain, high dose probiotic in chemotherapy-induced diarrhoea,”.

“Though it did not meet its primary endpoint in reducing incidence of grade 3 and 4 diarrhoea [statistical significance was not met], it helped to reduce the incidence of all grades of diarrhoea. The probiotic also helped in reducing levels of inflammatory markers, the significance of which needs to be ascertained,” he added.

For all grades of diarrhoea, there were 199 and 220 episodes in probiotic and placebo groups respectively (p=0.019).

Chemotherapy changes the consistency of the gut microflora and as such it can lead to some serious side-effects.

Dr Sharma explained that, “chemotherapy-induced diarrhoea is an under-reported, unpleasant, and sometimes a serious side-effect of chemotherapy. It may be associated with weight-loss, malnutrition, fatigue and malaise, electrolyte imbalance and inability to deliver full dose of chemotherapy on time. It may also cause loss of body fluid resulting into acute renal injury and rarely death.”

To determine whether it improved the balance of intestinal flora and as such reduce these side effects, the study investigated the efficacy of a high potency multi-strain probiotic on patients experiencing CID while receiving fluropyrimidines and/or irinotecan-based cancer therapy.

The multi-strain probiotic consisted of 900 billion colony forming units (CFU) sachet of four strains of lactobacillus, three strains of bifidobacteria and one strain of streptococcus thermophiles.

There were no increased incidence of infections.

Adding comment on the study for ESMO was Prof. Michal Mego, Head of 2nd Department of Oncology, Comenius University, National Cancer Institute, Bratislava, Slovak Republic, said: “These data suggest that probiotics have potential to be a simple and novel approach in the reduction of chemotherapy-induced diarrhoea, however confirmatory studies are awaited. As probiotics are living microorganisms there is potential risk of iatrogenic infection in immuno-compromised cancer patients, therefore safety data and adverse events associated with probiotic administration could influence their future role in prevention of chemotherapy induced diarrhoea.”

Reflecting on the accumulation of evidence for the effect of the gut microbiome on cancer therapy, Prof. John B.A.G. Haanen, CSO Immunotherapy, Netherlands Cancer Institute, Amsterdam and Professor of Translational Immunotherapy of Cancer, Leiden University Medical Centre, Leiden, The Netherlands, said:  “Due to the effect of the gut microbiome on response and toxicity in cancer patients treated with immune checkpoint inhibitors and the recently initiated trials with faecal transplantation to improve outcome of checkpoint inhibitors, this study is of interest.”

“Currently unknown is whether probiotics used in this RCT positively or negatively influence the immune system, and with more patients being treated with immunotherapy, before embarking on large-scale usage of probiotics to reduce chemotherapy-induced diarrhoea, their effect on the immune system should be investigated,” he remarked.