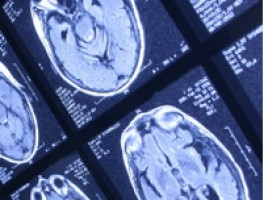 The five-year survival rate for locally-advanced head and neck cancer is only 46 percent, even with treatments including surgery, radiation, chemotherapy and/or genetically targeted treatments such as cetuximab.

Often, the problem is that while treatments initially work, cancer evolves to resist treatment.

"The question has been how are cancers resisting these treatments," says Sana Karam, MD, PhD, University of Colorado Cancer Center investigator and assistant professor of Radiation Oncology at the CU School of Medicine.

To answer this question, Karam worked with first author and postdoctoral fellow, Shilpa Bhatia, to explore the genetics of tumour samples taken at the time of a patient's first surgery and then again once cancer progressed following treatment.

"By finding what was different between tumours that responded to treatment and those that had learned to resist treatment, we hoped to find some biological predictors or targets that we could exploit or manipulate to improve outcomes," Bhatia says.

Results are published in the journal Clinical Cancer Research.

What they found is that a pair of genes associated with early brain development but silent in healthy adult tissue had been turned back on in tumour samples that resisted therapy.

The genes were EphB4 and its partner ephrin-B2.

"Both of these go up after the patient fails, so we thought, why don't we target them and see if that works," Karam says.

To do this, they used tumour tissue from a patient who had relapsed and grew it in mice.

In a separate cohort of each group, researchers also added an experimental EphB4-ephrin-B2 inhibitor to treatment.

In the researchers' opinion, it may be as if EGFR and EphB4-ephrin-B2 are alternate paths to the same goal.

This might explain why EphB4-ephrin-B2 inhibition was unsuccessful when combined with the chemotherapy cisplatin - tumours could continue their growth through EGFR.

And it might also explain why EphB4-ephrin-B2 inhibition was successful when combined with cetuximab - with both EGFR and EphB4-ephrin-B2 blocked, tumours had no path to continue their growth.

"EphB4-ephrin-B2 inhibitors are currently in clinical trials in other disease settings, and our work shows that it might be successful in combination with EGFR inhibition in advanced head and neck cancers as well," Karam says.

Ongoing work seeks to discover predictors of response to this combination treatment, possibly pairing EphB4-ephrin-B2 inhibition with patients whose tumours show high levels of these proteins.