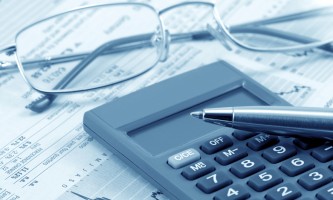 Generic drug options did not reduce prices paid for the cancer therapy imatinib (Gleevec), according to a Health Affairs study released in its May issue.

After nearly two years of generic competition, the price for a month of treatment dropped by only 10 percent, according to authors from Vanderbilt University School of Medicine (VUSM) and University of North Carolina at Chapel Hill.

"Most estimates of price reductions due to generic entry assume prices will drop by as much as 80 percent," said senior author Stacie Dusetzina, Ph.D., associate professor of Health Policy at VUSM. "Obviously we aren't even close to that mark."

Not only are prices remaining high during that period, doctors were initially slow to prescribe the generic treatment, she said.

Gleevec, the poster child for effective cancer therapies, became available in 2001 and changed chronic myeloid leukaemia from a condition with a short life expectancy into a manageable chronic disease.

Because patients typically take Gleevec every day for the rest of their lives, costs of treatment can be a significant burden.

But prices remained high even two years after a generic option was available.

"Patients and providers have all looked forward to generic entry, expecting major price reductions," Dusetzina said. "Unfortunately, we don't see prices drop as quickly and as low as we would hope when generics are available."

Dusetzina and first author Ashley Cole, doctoral candidate at the University of North Carolina at Chapel Hill, focused specifically on generic price competition for the specialty drug Gleevec in their Health Affairs study, "Generic Price Competition For Specialty Drugs: Too Little, Too Late?"

Twenty-four percent of imatinib (Gleevec) prescriptions claims were for "dispense as written," according to the authors. This suggests that patients or providers specifically wanted to stay on the branded drug instead of switching to the generic.

"The more than doubling of the drug price over time and the lack of price reductions observed with nearly two years of generic drug competition is concerning," said Dusetzina, also the Ingram Associate Professor of Cancer Research.

"It begs the question whether we can rely on generic entry as a primary approach to address drug pricing for high-priced speciality medications," she said. "We need robust competition to move prices in this space."