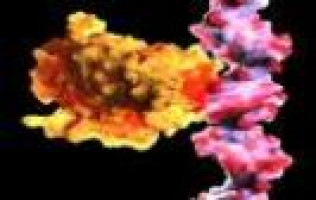 A new study from researchers at The University of Texas MD Anderson Cancer Center has discovered that mutations found in cancers do not accumulate randomly, but are found in distinct patterns that vary based on the three-dimensional organization of the genome in the cell as well as the underlying factors causing the mutations.

The findings, published today in Nature Genetics, are important for understanding what factors may be driving mutations in a given cancer and may point to new therapeutic targets.

“DNA is not randomly organized within the nucleus, and we found that this structure is strongly correlated with how cancer cells accumulate mutations,” said lead author Kadir Akdemir, Ph.D., instructor of Genomic Medicine.

“We know there are certain processes causing mutations in cancer cells, but we don’t always understand the underlying causes.

These findings should give us a clue as to how cancer accumulates mutations, and perhaps we can target and kill cancer cells by leveraging the mutations they accumulate.”

Within the nucleus of the cell, DNA is packaged with proteins into chromatin, a highly organized and compacted structure that makes up our chromosomes.

Within this structure, genes that are frequently used in the cells are organised together in “active domains,” which are more readily accessible.

Those genes used less often are similarly organised together in “inactive domains.”

The researchers analysed whether mutations are distributed more frequently in these active or inactive domains in cancer by studying publicly available whole-genome sequencing data of 3,000 paired samples of normal tissue and tumor tissue across 42 cancer types.

Across every cancer type studied, the inactive domains carried significantly more mutations than the active domains, suggesting that the accumulation of mutations is strongly correlated with the three-dimensional organisation of the genome.

As a validation of these findings, the researchers looked specifically at the X chromosome in male and female patients.

In females, one of their two X chromosomes is inactivated, so it is essentially itself an inactive domain.

When comparing the X chromosome between sexes, females had more mutations than males with a marked distribution difference, largely driven by an abundance of mutations on the inactive chromosome.

Knowing that mutations can be caused by a variety of distinct processes, the researchers also investigated whether external environmental factors resulted in different mutation patterns compared to those caused by internal factors in the cell.

This provides us an important foundation going forward to understand the root of cancer mutations when we don’t otherwise know the cause.”

Knowing the causes and distributions of cancer-related mutations may open up potential therapeutic options, explained Akdemir, such as targeted therapies against a specific signaling pathway or combinations with immunotherapy.

For example, immunotherapy may be able to better recognise a cancer cell if more mutations are present.

However, if mutations occur primarily in inactive domains, they would rarely be seen by the immune system.

Therapeutic agents that restore activity to these domains, used in combination with immune checkpoint inhibitors, could stimulate a stronger anti-tumour immune response.

The researchers hope to investigate strategies such as this in future studies to determine their feasibility as treatment options.