Dr Shaji Kumar speaks to ecancer in an online interview with ecancer for the virtual IMW 2021 meeting about a subanalyses from the ANDROMEDA study.

He explains that he was presenting results from a subanalyses that evaluated the impact of cytogenetic abnormalities on treatment outcomes in patients with AL amyloidosis treated with daratumumab, bortezomib, cyclophosphamide, and dexamethasone.

Dr Kumar reports that the subgroup analyses was consistent with other ANDROMEDA results, supporting this treatment option as standard of care for these patients.

There are common cytogenetic abnormalities that span the entire spectrum of monoclonal gammopathies. We know quite a bit about the impact of the translocations and trisomies which are common cytogenetic abnormalities that we observe in patients with multiple myeloma. In the setting of light chain amyloidosis we can find a similar spectrum of abnormalities with some differences in terms of the frequency of the specific abnormalities. In particular, what has been described is that nearly half of the patients with light chain amyloidosis can have translocation (11;14) and the implications of this abnormality have been studied in some retrospective studies.

What we wanted to do was to look at the impact of the different cytogenetic abnormalities in the context of light chain amyloidosis in the setting of a phase III clinical trial that looked at the impact of adding daratumumab to bortezomib cyclophosphamide and dexamethasone. The ANDROMEDA study was a phase III trial that randomised patients with newly diagnosed light chain amyloidosis with at least one organ involvement and without advanced cardiac stage, with an eGFR of at least 20ml/min who were then treated with either bortezomib, cyclophosphamide and dexamethasone or daratumumab added to this combination for six cycles. Patients on the daratumumab arm then continued on subcutaneous daratumumab every four weeks for a maximum of 24 cycles or until the study endpoint, which was the major organ deterioration PFS, was met. The primary endpoint of this particular phase III trial was the overall hematologic complete response rate.

The purpose of this analysis was to look at, one, what is the distribution of these various cytogenetic abnormalities in this patient population and, two, what is the impact of these abnormalities on the outcome and how the two different treatments impacted the endpoints in these particular subgroups. Overall, 321 of the 388 patients actually had FISH test results available which is roughly about 83% of the patients. A similar proportion of patients in each of the study arms had FISH testing done and the most common abnormality, as expected, was translocation (11;14) seen in about 40% of the patients. The next common abnormality was amplification 1q which was in about a quarter of these patients and followed by deletion 13q as well as deletion 17p. Additional abnormalities were seen in a subset of these patients as well.

When you look at the demographics and the clinical characteristics you really don’t see much of a difference between the different cytogenetic subgroups within the study, with the exception of 17p deletion where some differences, particularly the ECOG performance status and the gender differences were more amplified. However, this is hard to decipher because there were very few patients with 17p deletion, just 18 patients out of the entire dataset.

We looked at the various endpoints in the context of the cytogenetic abnormalities. When we looked at the hematologic complete response rate the difference between the daratumumab VCd and the VCd was similar to what was observed for the entire study population. Similarly, when we looked at the organ responses, particularly the cardiac response as well as the renal response, at six months again additional daratumumab to bortezomib cyclophosphamide and dexamethasone significantly improved the rate of response and the overall difference between the two arms was consistent across the different cytogenetic groups and was similar to the overall study cohort.

We also looked at the major organ deterioration PFS which appeared to be, again, in favour of the daratumumab VCd compared to VCd, particularly in those patients with translocation (11;14), deletion 13q and deletion 17p. When you look at the major organ deterioration event free survival the differences were more obvious with all the different cytogenetic subgroups demonstrating an advantage for adding daratumumab to VCd.

The study again confirmed some of the previous findings in terms of the translocation (11;14) being the most common abnormality and the observation that VCd therapy resulted in less deep responses in patients with translocation (11;14) and 1q abnormalities This difference appeared to be ameliorated by the addition of daratumumab to VCd.

The addition of daratumumab to the VCd seemed to improve all the endpoints, as has previously been shown. However, one needs to keep in mind that these are based on relatively small sample sizes and future studies need to look at the outcomes in the context of the underlying cytogenetic abnormalities, particularly translocation (11;14). 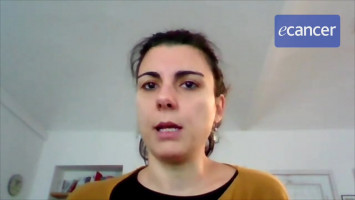