She starts by giving some background to the study, before talking about the methodology, stating that the primary endpoint was progression-free survival and the key secondary endpoints included overall response rate, clinical benefit rate, safety and overall survival.

Dr Oliveira then goes on to to say that 152 patients were involved in Poseidon, mainly post-menopausal patients, who had received a median of two prior lines of chemotherapy for metastatic disease. She states that Poseidon met its primary end point of increasing PFS in this population of patients.

She concludes by explaining that currently they are undergoing an extensive biomarker analysis to figure out if there are particular patients that can benefit from this combination. However, this combination in particular will not go forward as the development of taselisib was discontinued. 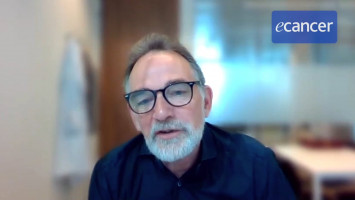