Should every transplant eligible NDMM patient receive a transplant?

Dr Morie Gertz speaks to ecancer about his talk at IMW 2021.

He addresses the topic of whether every transplant eligible NDMM patient should receive a transplant or not.

Initially, he explains the background behind this discussion. He then talks about how the goal of therapy is MRD negativity.

Dr Gertz quotes data from studies where combinations of non-cross agents are used and the role of stem cell transfer declines. He says that the non-transplant regiment has shown minimum MRD.

He concludes by explaining why through multiple novel agents minimum negativity can be achieved.

Should every transplant eligible NDMM patient receive a transplant?

In 2000 overall survival after stem cell transplantation based on disease status did demonstrate a change from the time of transplant whether they were refractory to the disease or relapsed off of therapy or on therapy. But overall survival was no different than those patients who had transplant after four months of induction therapy.

It was demonstrated that following IMiD based induction therapy, usually thalidomide or lenalidomide in patients with newly diagnosed multiple myeloma, overall survival from the initiation of the first therapy was really no different between those patients who had a delayed stem cell transplant and early stem cell transplant and that data was first published in 2012.

One of the most important trials was the IFM 2009 trial; this has a follow-up of eight years. Although progression free survival was better in the early transplant group, the median overall survival not reached in both groups showed no difference in the strategy of early versus late stem cell transplantation.

In the EMN02 study that looked at bortezomib melphalan prednisone followed by melphalan prednisone compared to high dose therapy and a single or double transplant with a randomisation to consolidation and maintenance therapy in all patients, once again overall survival was not different between the two groups. When we look at the New England Journal article that looked at high dose melphalan plus lenalidomide maintenance compared to melphalan prednisone lenalidomide plus lenalidomide maintenance once again the three year overall survival was not significantly prolonged in the transplant group once the introduction of novel agents. The lack of overall survival benefit suggests that the third stem cell transplantation until relapse is feasible and does not compromise overall outcomes.

The goal of therapy is MRD negativity, we know that. That’s our goal currently for patients with multiple myeloma. No matter how we get to MRD negativity outcomes are excellent. As combinations of non-cross resistant agents are used in induction, consolidation and maintenance the role for stem cell transplant will continue to decline. When we look at some of the daratumumab containing regimens – CASTOR, POLLUX, ALCYONE and MAIA – which are daratumumab for non-transplant eligible patients, MRD negativity rates are now 28%. With non-transplant regimens carfilzomib with lenalidomide and dexamethasone followed by lenalidomide maintenance in 45 newly diagnosed multiple myeloma patients had minimal residual disease negativity of 100% by multiparametric flow cytometry, 67% by next generation sequencing, suggesting that with multiple novel agents high MRD negativity can be achieved without resorting to stem cell transplantation. In the non-randomised MANHATTAN clinical trial carfilzomib lenalidomide dexamethasone daratumumab resulted in an MRD negativity at a 10-5 sensitivity in 71% with a progression free survival at one year of 98%.

In a meta-analysis of 3,171 patients autologous transplantation in the univariate analysis produced statistical significance but in the multivariate summary the p-value was 0.36 and did not favour high dose therapy in the era of novel agents. The role of high dose melphalan, really there’s now an issue of a paradigm shift because when you look at SEER data and CIBMTR data the relative risk of benefit for patients developing secondary malignancies, AML and MDS, is much higher in the transplant population. So we have to consider the issue of second primary malignancies.

Thank you very much for your attention. 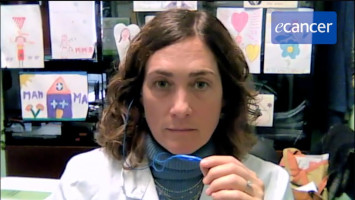 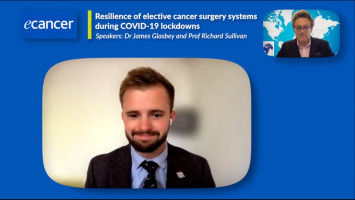