Dr Oliver Van Oekelen talks to ecancer about his study looking at the suboptimal humoral immune response to COVID-19 vaccination in myeloma patients.

He reports that the study found that myeloma patients mound a variable and suboptimal immune response after receiving two doses of an mRNA COVID-19 vaccine.

Dr Van Oekelen also reports that over 50% of patients had no detectable antibodies at all.

The main take-away of our story here is that patients with multiple myeloma mount a variable and suboptimal antibody response, or I should say IgG response, after receiving two doses of an mRNA COVID-19 vaccine. That was especially important because we found that more than 50% of our patients developed no detectable antibodies at all, despite having received the two doses more than ten days prior to our measurements.

How effective is the COVID vaccination on myeloma patients?

In terms of effectiveness, it was somewhat surprising that we saw that there’s a significant number of patients who didn’t develop any antibodies at all. We obviously asked the question why that was happening. It could be due to the disease itself as we know that cancer, and blood cancer in particular, these patients are more vulnerable to infections and they have a certain degree of immune dysfunction going on even at baseline. Then on top of that we add a lot of the treatments that we’re using in myeloma but that also goes for other haematological malignancies and even solid tumours, that we add chemotherapy and immunotherapy that obviously impact their immune responses.

That being said, for many other diseases… This was a unique situation, we had access to tests to measure an IgG response to a pathogen that we knew a lot of patients had never been exposed before and that is different from flu or from other viruses that we know are also more common in our patients. So this gave us a unique opportunity to study that.

One other question, arguably, is whether or not it’s important to see that patients have lower antibody levels or even undetectable antibody levels and that is because our immune system obviously doesn’t rely only on serological immunity or antibodies but also has a cellular component. We were able to show that not only the serological component but also the T-cell immunity seems to be weaker or absent in a lot of the patients that were unable to mount antibodies.

How many doses of the vaccine do you suggest?

Our patients so far have been receiving the traditional regimen of two doses, that is up until very recently when there was the guidance from the government here to give a third shot to patients with severe immune suppression, including patients with myeloma that are on treatment. So we’ve started implementing that. It’s very early to interpret these results, we’ve seen some anecdotal results mostly from transplant patients and some broader cancer studies but not in myeloma specifically. We have anecdotal data on our patients that have been receiving their third shot that some of them, at least, are able to mount antibodies or develop IgG after this third shot.

There are other ways or there are other guidances that we should consider giving to patients. One of them, obviously when we see that patients have undetectable antibodies, is that we should counsel them appropriately and ask them to perhaps extend their non-pharmacological interventions, their physical distancing, things like that. I appreciate a lot of the efforts that our patients have been doing already throughout the pandemic. These patients have been extra-cautious, they’ve been very careful in what they do and what they don’t do. It’s up to us to give them proper guidance in that regard.

A third option or a third pathway that is worth exploring, and I’m not sure if there’s any study data, I’m not aware of it, but it could be beneficial to treat patients with a passive immunisation using either monoclonal antibodies or IVIG to protect them and cover their serological immunity, especially when they are in periods of increased vulnerability when they are being transplanted or when they are receiving these different chemotherapy regimens.

We wanted to study which patients especially, or what were the characteristics of patients, at risk for not developing these antibodies or having exceptionally low antibody titres. There we saw in a multivariate statistical analysis on a couple of hundred patients at our clinic, we found that being on active treatment was a risk factor, not having a complete remission was an important risk factor and obviously having received more lines of therapy was a risk factor. But when we stratified by the type of therapy we found that especially patients on a CD38 monoclonal antibody and patients that were receiving BCMA-targeted therapy, that these were the groups that were specifically at highest risk of not developing antibodies. In itself that was not entirely unexpected as we know that these treatments impact the B-cells as well as plasma cells and that therefore they might impact the ability of the body to generate a serological immune response. But it was very striking and highly significant that it’s those treatment classes that are at the highest risk.

We continue right now to collect samples from our patients who are willing to cooperate on the MAR study that we’ve set up to follow the immune response after COVID vaccination in order to study how the longitudinal dynamics of the immune response change. Because it’s an outstanding question, an important question, whether or not the serological immunity might wane more quickly in patients that are receiving active B-cell impacting treatment versus healthy controls. So we hope to be able to show that data soon. 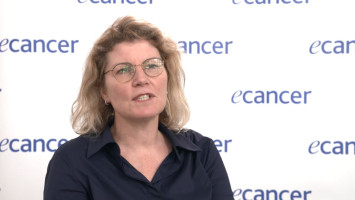 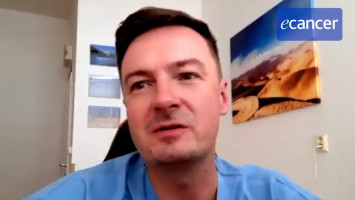