Dr Matthew Galsky speaks to ecancer about the phase 2 trial of gemcitabine, cisplatin, plus nivolumab with selective bladder sparing in MIBC patients. Initially he explains the rationale of the study. Dr Galsky then, explains the methodology and key results of this trial.

He concludes that transurethral resection of bladder tumour + gemcitabine, cisplatin, plus nivolumab achieves stringently defined cCR in a large subset of patients with MIBC.

1-year bladder intact survival is possible though the durability of responses, and role of genomic biomarkers in management algorithms, requires longer follow-up.

A standard treatment for muscle invasive bladder cancer includes neoadjuvant cisplatin-based chemotherapy followed by surgery. We’ve known for decades that a subset of patients, approximately 30%, treated with neoadjuvant cisplatin-based chemotherapy, once they undergo cystectomy or have achieved a pathological complete response, that is there’s no pathological evidence of tumour on review of the cystectomy specimen. That’s associated with a very favourable prognosis but unfortunately we only know that information after the bladder has been removed. That has raised the concept: is there a subset of patients that can be treated definitively for muscle invasive bladder cancer with transurethral resection of bladder tumour plus systemic therapy alone?

There have been some barriers to try and translate those findings into a new treatment paradigm and included in those barriers have been the uncertainty regarding the ability of clinical restaging to predict which patients might benefit from that approach or might be safely managed with that approach. One of the complications in assessing literature, though, is that clinical restaging has been inconsistently defined and complete clinical response to treatment has not been consistently defined or rigorously assessed as a biomarker. So with that in mind, in 2015 we designed a study where patients with clinically localised muscle invasive bladder cancer received four cycles of chemotherapy plus immune checkpoint blockade. The reason that we included immune checkpoint blockade was based on emerging data at the time demonstrating that this was a key therapeutic modality in bladder cancer, and based on the concept that patients with DNA damage response gene alterations might be particularly sensitive to both cisplatin-based chemotherapy and immune checkpoint blockade.

After four cycles of chemotherapy plus immune checkpoint blockade, patients underwent a restaging evaluation of the bladder which included a cystoscopy and mapping biopsies in addition to imaging of the bladder with an MRI or, if they couldn’t undergo an MRI, a CAT scan and urine cytology. If all of those evaluations showed no evidence of cancer then patients were offered the opportunity to proceed with cystectomy as would be standard of care, or a standard of care, or they were offered the opportunity to proceed with an additional four months of immune checkpoint blockade followed by observation.

The study enrolled 76 patients. At the time of the data lock 64 patients had completed chemotherapy plus immune checkpoint blockade for four cycles and underwent the restaging evaluation. Among those patients, 31 patients achieved a stringently defined clinical complete response, or a clinical complete response rate to date of 48%. Of note, only one of those patients opted to have an immediate cystectomy and surgical pathology revealed a low-grade papillary tumour in that patient. The remaining 30 patients have proceeded with immune checkpoint blockade for an additional four months followed by observation.

The study included co-primary endpoints. The first endpoint was to determine the complete clinical response rate and, as mentioned, to date that’s been 48%. The key second co-primary endpoint though is to determine the performance characteristics of clinical complete response as a biomarker. That is, to determine whether or not clinical complete response predicts which patients are metastasis free at two years. The follow-up is not yet mature to assess that co-primary endpoint. However, to date we have many patients beyond one year of follow-up who had achieved a complete clinical response, opted not to have their bladders removed, and have had no evidence of local or distant recurrence with an intact bladder.

How can these results impact the future treatment of bladder cancer?

The treatment of muscle invasive bladder cancer is evolving quickly. Neoadjuvant cisplatin-based chemotherapy followed by surgery for patients who are cisplatin eligible is a standard treatment. We know that a large subset of our patients, however, are not eligible for that treatment weighing the risk versus the benefits. Concurrent chemoradiation is a standard treatment and we know that can be an effective bladder-sparing strategy. However, with those standard approaches, we know that a subset of patients will have a decline or a deterioration in quality of life as a result of treatment; they will suffer some treatment related burden. We know that with those treatment modalities, unfortunately, a large subset of patients aren’t cured. So there is a need to identify additional strategies, better strategies, strategies that might be associated with even more favourable long-term quality of life.

The use of transurethral resection of bladder tumour plus systemic therapy – either cisplatin-based chemotherapy alone or chemotherapy plus immune checkpoint blockade, is not yet ready for prime time. We need longer follow-up from this study, we need longer follow-up from an additional set of studies that are seeking to explore a similar approach, albeit using genomic biomarkers to identify which patients might be candidates to not undergo cystectomy.

Putting all of these studies in context with longer follow-up will help us determine whether or not this should be included as one of our standard treatment approaches for a subset of patients with muscle invasive bladder cancer. 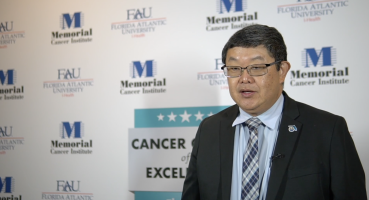