Dr Omer explained that the phase II study looked at five of the most common serious viral infections experienced following HSCT, as these are a leading cause of mortality and morbidity for these patients. He explains that the standard of care currently are either not very successful or have serious side effects.

He reports that over 90% of patients in the trial achieved either a complete or partial clinical response and that treatment was generally well-tolerated. He also explains the limitations fo the study and the steps that will need to be taken before this treatment reaches the clinic.

We’re presenting the results of our phase II clinical trial. This is a trial of off-the-shelf virus specific T-cells and we’re actually treating five of the most common viral infections after stem cell transplantation. Viral infections are a pretty big issue in stem cell transplant patients, especially CMV, adenovirus and also BK virus that can make patients really sick. They can cause a lot of pain in the case of BK virus and they can potentially be life-threatening as well.

So what we’re using is off-the-shelf T-cells from healthy donors. These are then characterised and tested extensively and we infuse these into patients with viral infections that haven’t responded to standard treatment or standard treatment is contraindicated for some reason. We were the first to actually extend this approach to five viruses that we’re simultaneously treating with a single product. So we’re treating the viruses adenovirus, CMV, EBV, BK virus and HHV-6.

We treated a total of 59 patients on our trial and we essentially saw responses in the vast majority of patients. So 93% of patients did have a response of either partial or complete response and in most patients actually this turned into a complete response. What, for me, was particularly exciting was the response in patients with BK virus cystitis. So BK viruses can cause really severe bladder infections, so you can get significant bleeding, you can get very severe pain, it’s extremely uncomfortable and it can last for weeks and oftentimes months. So these patients are really miserable and have potentially significant complications from this. What we saw with the T-cells was that most patients in a relatively short period of time after T-cell infusion reported significant improvement. They had improved pain, less pain, in some resolution of pain within a few days. We saw resolution of bleeding in the majority of patients within two or three weeks. These patients had a very good symptomatic response in a relatively short period of time. Again, this is the first time this was done in an off-the-shelf approach for patients with BK virus associated cystitis.

How was the treatment tolerated?

Any time you infuse T-cells the most concerning thing to transplantists would be the possibility of graft-versus-host disease. So of course we watch very closely for any signs of these T-cells causing GVHD and we didn’t really see any significant GVHD. We had a couple of patients who had transient fasciitis and those were in some cases classified as grade 1 GVHD and were just the mildest form of skin GVHD. But all these resolved very quickly and all these patients did well. We didn’t see any patients who developed any kind of new onset moderate or severe graft-versus-host disease so that indicates that these cells seem to be safe.

We did see a couple of patients with fevers, usually just an isolated fever, and we did not see any cytokine release syndrome which is something that we see with some other T-cell products like CAR T-cells. So we didn’t see any moderate or severe cytokine release syndrome, again other than these isolated fevers. So overall this therapy seemed to be pretty well tolerated.

Were there any limitations?

Yes, we had 59 patients but there was a wide variety of viral infections. So we had five different viral infections that we tested. So obviously we would like to get more data for each of these viral infections. This therapy was licensed to a company some time back, I’m no longer involved with the company but I know that they are planning a phase III trial that is just actually scheduled to open in the next couple of weeks, I think at the end of this year, where they are actually testing this in a randomised trial for the treatment of BK virus cystitis. So I’m pretty excited about this trial and hopefully they will confirm what we have seen in the phase II trial that this treatment is safe and effective.

Are you planning any follow-up or next steps?

This trial is now closed so we’re not planning to involve any more patients at our institution. As mentioned, this product was licensed to a company by one of my lab collaborators, Ann Leen who developed this product. I think the company has a couple of interesting trials in the pipeline and they want to take this further and actually get it to the clinic.
I know it’s been a little bit frustrating to some physicians that have seen these phase I/phase II trial results that this not available in the clinic so we’re hoping that in the next couple of years, if the results are confirmed in the phase III trial, that this product will be clinically available to treat our transplant patients. 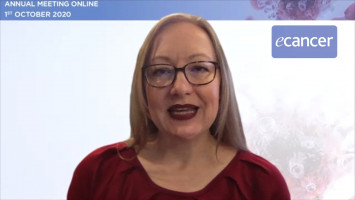 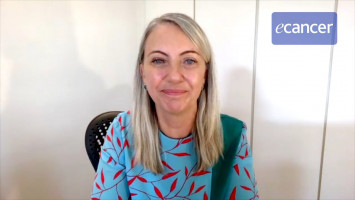 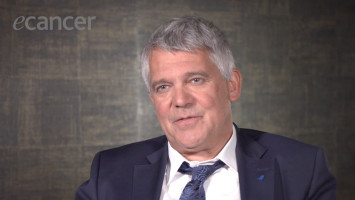