Prof Geyer speaks to ecancer about the updates in the D-ALBA study.

Initially he gives a brief overview of what this study was about and then moves on the recent updates regarding this study. He says that this study aims at exploring the activity of a frontline approach based on dasatinib plus steroids administration as induction treatment, followed by the infusion of blinatumomab, in adult Ph ALL.

He winds it up, by talking about what we know so far from the D-ALBA study and what we should be looking at in the future.

The D-ALBA study was a phase II study connected by the GIMEMA group based out of Italy that was investigating a chemotherapy-free approach for patients with Philadelphia chromosome positive ALL. Treatment paradigms in Ph ALL have changed in recent years and we’ve learned that patients who receive an oral tyrosine kinase inhibitor plus a steroid alone are able to get into morphologic complete remission at very high rates, in the 90-100% range. It has been unclear how that compares to patients who are treated with an oral tyrosine kinase inhibitor plus chemotherapy. There has been interest in recent years on our end and with others with introducing the bispecific T-cell engager blinatumomab earlier into treatment in patients who do receive a chemo-sparing approach.

So the D-ALBA study enrolled 63 adults with newly diagnosed Ph ALL and gave a brief steroid pre-phase followed by a TKI plus steroid induction that lasted for up to twelve weeks. The steroid was tapered after the first month. Then they introduced serial cycles of blinatumomab given as consolidation concurrent with the TKI. The TKI in that study was dasatinib in nearly all patients.

They observed very high rates of achieving a pCR non-quantifiable or a complete molecular response status. In fact, after two cycles of blinatumomab 60% of their patients were in an MRD negative state. For patients who were treated with just a TKI and steroid alone you would have expected a number more in the 20-30% range. Toxicity was very manageable and certainly the early efficacy data are very encouraging with 18 month overall survival of 95% and disease free survival of 88%.

What are the recent updates on the D-ALBA study?

One thing that the investigators on the D-ALBA study noted is that there were a handful of patients who in the last few weeks of that TKI plus steroid induction did start to develop some resistant clones. There is an interest, certainly, in the community on how soon you can introduce blinatumomab after steroid plus TKI induction with the goal of trying to suppress some of those resistant clones with a drug that has a completely different mechanism from the TKIs. I think that those results did illustrate that.

I’ll also comment that 24 of the patients on the study went on to transplant, 23 of them in first remission. It’s too early to say what the natural history is going to be of the patients who do not proceed to transplant in that study and that’s something that many of us are interested in as well. For the patients who achieve a pCR non-quantifiable status but do not have a suitable donor for transplant or decline transplant or otherwise are not suitable candidates, it will be interesting to see how they do after this immunotherapy plus TKI-based consolidation.

I will comment that, as I mentioned at the top, there are two major approaches right now in adults with newly diagnosed Ph ALL – intensive chemotherapy like HyperCVAD plus a TKI versus a chemotherapy sparing approach. There is a forthcoming ECOG trial that will provide a randomised comparison of these approaches and that’s going to be particularly exciting so that we can actually have a head-to-head comparison of these two approaches, both of which are efficacious but which have not been directly compared. 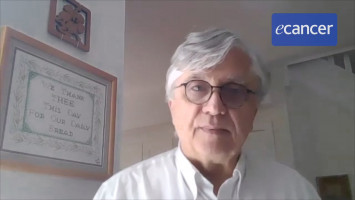 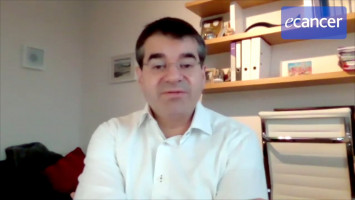