Prof Suresh Ramalingam speaks to ecancer about results from the three-year update from the CheckMate 227 study into nivolumab plus ipilimumab versus platinum-doublet chemotherapy as first-line treatment for advanced non-small cell lung cancer (NSCLC) presented at the 2020 ASCO Virtual Meeting.

He reports that the three year survival rate for patients with PD-L1 expression greater than 1% and treated with nivolumab plus ipilimumab was 33% compared to 22% for the chemotherapy group.

Prof Ramalingam also reports that in the PD-L1 expression less than 1% group the three year survival rate with nivolumab plus ipilimumab was 34% compared to 15% for the chemotherapy group.

He also highlights that the durability of the responses was around 3 to 4 times longer in the nivolumab plus ipilimumab groups compared to the chemotherapy groups.

I’m excited to share with you the highlights of the presentation that we made at the ASCO 2020 meeting that just concluded. We reported the updated results of the CheckMate-227 trial in the oral session of the lung cancer track at ASCO 2020. The CheckMate-227 trial was conducted to look at a combination immunotherapy approach – ipilimumab, a CTLA4 blocker, and nivolumab which is a PD1 blocker. The first trial was conducted for patients with stage 4 non-small cell lung cancer, these patients had not received any prior therapy, and they were randomised to treatment options based on PD-L1 expression. So they were a high PD-L1 group defined as greater than 1% expression. For that group the randomisation was to chemotherapy versus nivolumab versus ipilimumab plus nivolumab. In the low PD-L1 group, defined as less than 1% expression, the randomisation was to chemotherapy versus chemotherapy plus nivolumab versus nivolumab plus ipilimumab. Almost 1,800 patients were enrolled to this trial.

We highlighted specifically the comparison between ipilimumab plus nivolumab versus chemotherapy in the trial. For this comparison there were close to 1,200 patients. This included patients with PD-L1 positive and PD-L1 negative disease.

The second point I want to make is the durability of the responses. What we noted here is that for patients who had received nivolumab plus ipilimumab the median duration of response was nearly 23 months for the high PD-L1 group and it was 18 months for the PD-L1 negative group. When you look at it in perspective, for the chemotherapy alone group the median duration of response was 6.7 months for PD-L1 expression greater than 1% and 4.8 months for PD-L1 expression less than 1%. So if a patient received nivolumab and ipilimumab they were three to four times more longer responses that were likely to be maintained with ipilimumab plus nivolumab. So durability of responses favourable for ipilimumab plus nivolumab.

The third point we made is through the results of a landmark analysis. We looked at patients who achieved a complete response or partial response by six months of therapy and what did that mean for their long-term survival. So for the PD-L1 greater than 1% group, for patients who had a complete response or partial response, the three year post-landmark survival rate was 70% compared to 39% for chemotherapy. In the PD-L1 less than 1% group for ipilimumab plus nivolumab the three year post-landmark survival rate was 82%, showing a nice tail for the curve, suggesting again that these responses are durable and turn on into long-term survival. We did not see any major differences between the groups for stable disease or progressive disease as the best response.

Finally, safety. The autoimmune adverse events which are of most interest with the ipilimumab plus nivolumab combination were manageable in the vast majority of the patients who experienced it. Treatment related adverse events that led to discontinuation was 12% for ipilimumab plus nivolumab, compared to 5% for the chemotherapy group. Most of the autoimmune events happened in the first six months of therapy. With a longer follow-up we did not see any new safety signals and most of the patients with autoimmune adverse events were managed with appropriate supportive care and other measures and were able to complete treatment.

So, in conclusion, we show here that the nivolumab plus ipilimumab combination in the front line setting is associated with a three year survival rate of approximately 34%, both for PD-L1 positive and those who have a higher duration of response and also have long-term survival if they experience a complete response or partial response. We are also excited to note that just two weeks ago the US FDA approved nivolumab plus ipilimumab in the front line setting for PD-L1 expression greater than 1% population. 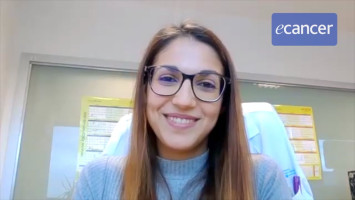 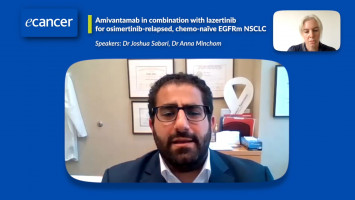