FR: I’ve got a few questions for you, for the experts. Professor Burnett, you have probably dealt with something that we should call the perfect storm because a bad patient with bad cytogenetics is the worse we can have. What do you expect we can get from the on-going research for these people?

AB: I do think that that is a sub-population that does very badly and one would think that. I think it’s premature for us to look for drugs just in that subset but in the trials we’re certainly looking for, like Clofarabine appears to do, at least we may get lucky and we may find some drugs; there was a story about Fosfamide and Clofarabine benefitting that sub-group.  In the UK the physicians generally don’t know what the cytogenetics is when they make a treatment decision which is sort of helpful if you’re running a trial. But that’s a major challenge and I think we have to have a very frank discussion with the patient about what’s in it for them, if it’s conventional treatment there’s nothing much in it for them really but there may be something in clinical trials or if we can get hold of an unlicensed drug that we think is useful, that may be worth doing. But it’s actually the same in young patients, we’d not seen any improvement in adverse cytogenetics for twenty years in young patients and if a transplant is possible, whatever the age, then that should be considered. That, to my mind, would be the reason to give them a treatment that’s trying to get them into remission.

FR: It follows that to target therapy to a specific molecular abnormality we need that data on time. Sometimes it’s a bit upsetting, especially the young, you have to hurry up and to give the therapy as soon as possible but probably it has nothing to do with the elderly population. What do you think about the time frame we have to take that decision and for how long should we wait for the cytogenetics?

AB: There is some evidence that you don’t have to rush at patients who are older with AML, you’ve probably got three or four or five days maybe even before you need to start the treatment, but that will vary by patient, whereas in the young patients where it tends to be more proliferative you probably need to get on with it. The molecular labs can give you the information fairly quickly and if we required the cytogenetics to give us the key bits of information promptly they would probably rise to the occasion but we’ve not asked them to do that routinely. You can certainly get Flt-3 NPM1 quickly; you could probably get a FISH test quite quickly for complex carrier type or whatever you think is relevant. But at the moment I don’t think we produce the justification to change that whole system yet.

GO: [Inaudible] we’ve showed that in the elderly waiting for one week does not result in a much better outcome for that patient population so it’s probably due to the more highly proliferative state for those AMLs.

FR: I think that’s a very important issue because we want to give the best therapy and we want to have the opportunity to choose. We need it on time and probably in some clinical settings, as the German AML group, work very, very fast - you got it in 72 hours but in clinical practice sometimes you need one week or more and it is very important to know that you can wait a bit more. Please, Professor Balducci?
Q: First of all I congratulate all the speakers for a superb session, it was really outstanding. Particularly I wanted to thank Dr Ossenkoppele for the presentation of the study, the randomised phase II study, that you are doing in older patients. I think that is exactly the example of where randomised studies have a role in the management of the elderly patient. There is a specific question that can be asked with a randomised study and it is done in a dynamic way so that the study never stops. Also I think that slide should be utilised by this meeting to indicate what the randomised studies can tell in older patients, thank you.

GO: Then we have to go to the original slide because it was changed a lot by the presentation. It’s much nicer.

FR: We’ll come back to Professor Amadori, we’ll have to close the session.

SF: No, just a word of policy because we have to ask Professor Mora to wrap up the entire day so I think we are running late. I would like to ask Enrique Mora to do his final remarks on the day. 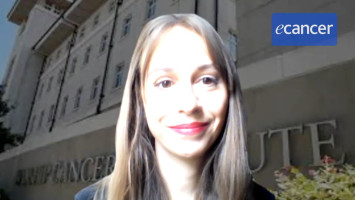 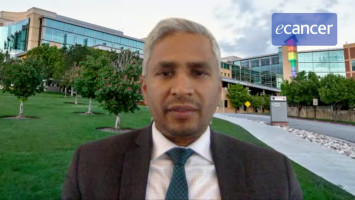 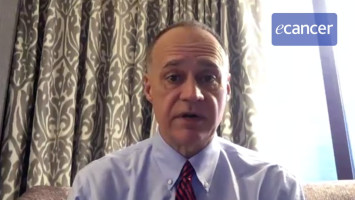 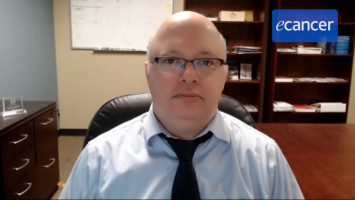 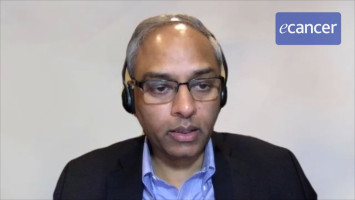