Published: 29 Mar 2011
Views: 6084
Rating:
Save
Prof Alan Burnett - Cardiff University, UK
Acute myeloid leukaemia is commonly seen in elderly patients and clinicians must be aware of a number of different factors that influence which treatment is most effective for each individual. Prof Alan Burnett explains how clinicians must account for patient quality of life and the influence of comorbidities, discusses the reasons why elderly patients may not want or may not be suitable for certain options, speaks about the range of treatments that are available and the outlook for patients receiving each of these.

Welcome to ecancer.tv here in Rome. Professor Alan Burnett, you’ve been heading up the UK trials in acute myeloid leukaemia. This is a disease of the elderly, it’s very important to have new approaches to this condition. What is your reason for being right here in Rome to talk at this meeting devoted to blood cancers of the elderly, in the context of your work with AML?

Well, AML is a disease of the elderly, the median age is 68 or so. It’s an area of cancer that we’ve made very little progress in terms of improving patients’ survival for the last three decades. In addition, there are many patients with this disease who don’t get offered definitive therapy because they are not considered fit for the intensity that conventional treatment offers. So we need to discuss who should get what treatment and what the new treatments that are coming up might be.

Well many patients who are older feel that the last thing they want to do is spend their potential last days in hospital a lot of the time, so they are reluctant to go down that intensive route. Some of them for medical reasons are thought not likely to tolerate intensive chemotherapy very well. And we know that many of the bad biological features of the disease aggregate in the older patients rather than say the young patients; so it’s a more resistant disease, as you get older.

There have been a lot of randomised controlled clinical trials. What have been the results of these, and have we seen any progress, any hope?

If the decision is made to give the patient conventional combination chemotherapy we would expect 50-60% of these patients to achieve initial complete remission of disease - counts return to normal, theoretically they return to normal activity. Unfortunately, that response generally only lasts about nine months and so if we look at the five year survival it’s 10%, which is poor. And furthermore, that has not changed for the last thirty years. So that’s a major challenge.

But we also know that if you look at population based data, that a lot of patients don’t go down that treatment route, and they get palliation, called supportive care. And there are several new drugs in that area that could improve the outcome for that population, so there’s a great deal of interest in that at the moment.

Are there differences between the elderly and the very elderly?

And co-morbidities are a big issue. So how do you look at the whole patient and decide what your priorities are for the individual patient?

Well that is the $64,000 question. Because we know that doctors and patients are making decisions to go down the intensive or the non-intensive route, and actually it’s not too clear why these decisions are being made. Age is not of itself an absolute barrier to treatment; we know that having cardiac or other medical co-morbidity is an issue, whether they’ve got primary disease, secondary disease etc. I think people weigh that up, but at the end of the day there’s a discussion between the patient and the doctor, and some doctors tend to favour a more palliative approach, apparently, and some will tend to be a little more intensive-treatment orientated.

And you can go towards allogeneic transplantation in some cases, can’t you?

Well, it is feasible in patients probably up to the age of 70. But in fact, if you look at the number of patients in any trial starting who come to that treatment, it’s actually very small. So we know it’s feasible, the results look quite encouraging, but this is a very highly selected sub-population of patients. So it’s difficult to know whether these would have been the patients who would have done well anyway, because of course they have to be in good condition and be with the disease for long enough to get the transplant. So it’s an unknown at the moment.

I think, from what you’re saying, quality of life is quite an important factor and also the patient choice and consulting with the patient on exactly what the priorities might be?

Yes, I think in young patients, everybody takes the view that we must go down the intensive, curative intent approach. Older patients, their attitude to what they want out of treatment can be different. Some of them may want to get to a family event a few months down the line and that’s their top priority. Some of them are reluctant to have the hospitalisation that’s necessary for intensive chemotherapy and they tend to be a bit frightened of treatment. On the other hand, some patients say, oh let’s give it a go, whatever gives me the best chance.

And the reasons why the medicals make the decisions to go or not is actually unclear and I don’t think we’re measuring the right things in terms of performance. We assume that getting the patient into remission is a good idea, but we’ve not really measured the quality of life that comes with that, necessarily.

We need measurements that are robust, by which I mean they can be applied in different hospitals and are reproducible. More related to the patient’s performance, I would think, rather than a traditional estimate of whether a patient can get out of bed or not. And I think there are these in geriatric medicine but we’ve not really applied them widely in leukaemia, certainly.

So what sort of advice would you give to doctors, because they now have a lot of data, certainly. Can you pull that together and sum up the advice you’d give to cancer clinicians?

Well I think that it’s rather seductive to go for the new drugs that are untested, but we should remember that half the patients will get a response, if you consider that they are suitable for intensive chemotherapy. So that shouldn’t be forgotten. But the other group of patients, I call them the ‘lost tribe’, who’ve been left without any definitive treatment over the years, we’ve just given them antibiotics and sent them home etc, there now are treatments for these patients and we should try to incorporate, develop trials in that population, because they do enter clinical trials.

I should ask you very briefly about novel agents, too; there are quite a few possibilities.

Yes, I mean there’s a major interest at the moment in do you have to achieve remission to get a benefit. And there are agents called demethylation agents which apparently can do that. There is no randomised evidence to tell us how much better they are. I think what we are looking for is agents that deliver an increased remission rate, you know something in the 30% plus.

But there are therapy options for elderly patients?

There are definitely therapeutic options for elderly patients, not all of which are approved, but they are coming down the line.

Alan Burnett, it’s been a great pleasure to talk with you again, and I look forward to following your work on this. 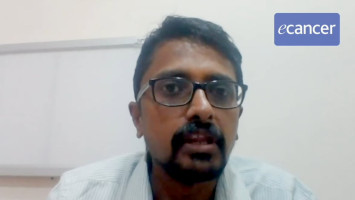 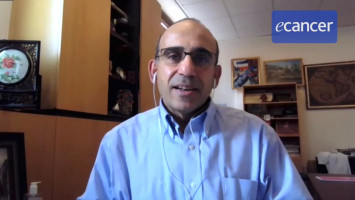 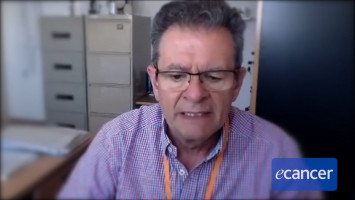 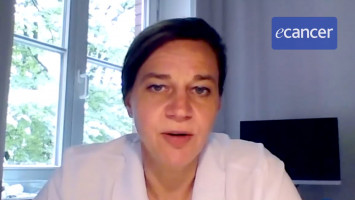