Prof Franco Locatelli speaks to ecancer at the 2020 ALL Assembly meeting in Frankfurt about the latest data surrounding the use of blinatumomab followed transplantation in paediatric acute lymphoblastic leukaemia (ALL) patients.

In one study, he states that two cycles of blinatumomab successfully translated into a better MRD clearance, disease-free and overall survival - allowing patients to receive an allograft.

Prof Locatelli also mentions some unpublished data, which clearly shows that a TBI containing regimen is able to offer a better probability of leukaemia-free survival in patients with B-cell precursor ALL receiving an allograft.

In this presentation I will discuss the available data on the role of blinatumomab, a bi-specific T-cell engager, followed by transplantation in paediatric patients treated with this agent. I will start discussing the initial data obtained in patients with second relapse or relapse after transplantation or with resistant disease and then I will address the issue of the data obtained with the RIAltO trial clearly documenting the importance of leukaemia burden for obtaining a response to blinatumomab.

In my presentation I will also address the results that have been reported at the last meeting of the American Society of Haematology by Pat Brown on behalf of the Children’s Oncology Group. In particular in that study the American colleagues compared in patients with first high risk relapse or first standard risk relapse but poor MRD clearance after the end of induction therapy the role of two cycles of blinatumomab in comparison to two courses of standard of care chemotherapy for consolidating the state of remission before transplantation. The American colleagues reported clearly that the use of blinatumomab was able to translate into a better MRD clearance before the allograft and to an improved probability of disease free survival and overall survival and an increased percentage of patients able to proceed with an allograft. The results of this important randomised trial were perfectly online with those obtained in Europe with the Amgen 215 trial in which the randomisation was between one course of blinatumomab versus one course of conventional, I would say standard of care, consolidation chemotherapy. These findings clearly will become important for defining what we can certainly define the new standard of care for patients with high risk first leukaemia recurrence or with poor MRD clearance at the end of induction therapy in patients experiencing a late relapse after the initial diagnosis.

Is there any more important data coming out?

It’s also important to underline that during my talk I will present still unpublished data clearly showing that a TBI-containing conditioning regimen is able to offer a better probability of leukaemia free survival in children with BCP-ALL receiving an allograft. This is another important information because it was obtained running a randomised trial in a multicentre scenario. 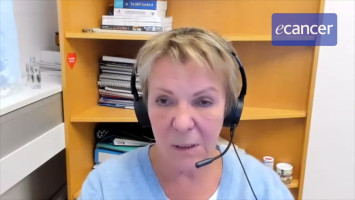 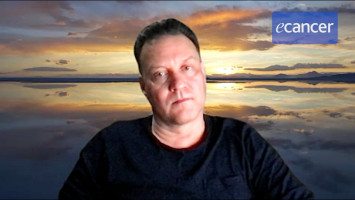