CheckMate 459: Safety and efficacy of nivolumab versus sorafenib as a first-line treatment in advanced hepatocellular carcinoma

Dr Thomas Yau speaks to ecancer at ESMO 2019 in Barcelona about the results from the CheckMate 459 trial, which assessed the use of nivolumab versus sorafenib as a first-line therapy for patients with advanced hepatocellular carcinoma.

He outlines the design of the study including the main endpoints assessed: overall survival, response rate, progression-free survival and health-related quality of life.

Dr Yau mentions that patients in the nivolumab arm experienced a median overall survival of 16.4 and 14.7 months for sorafenib. He also states that patients who received sorafenib reported a lower quality of life.

He believes that the results from this study support the clinical benefit of nivolumab as a first-line therapy.

In CheckMate-040 when we used nivolumab in sorafenib refractory patients we clearly saw a promising activity, promising survival and also safety there. So we think nivolumab may be a good option for patients as first line treatment for advanced hepatocellular carcinoma. That’s why we tested it out in the randomised phase III setting.

Basically, CheckMate-459 was a randomised global open-label phase III study comparing the efficacy and safety of single agent nivolumab versus single agent sorafenib as first line treatment of patients with advanced hepatocellular carcinoma. We basically randomised the patients in a one to one ratio and we stratified according to three main stratification criteria – first according to aetiology, second according to whether the patient had any extravascular invasion or extrahepatic spread, and third according to the aetiology. Then we randomised the patients in a one to one ratio, half of the patients received nivolumab, the other half of the patients received sorafenib until toxicity or death. Then the primary endpoint was overall survival and the secondary endpoints were progression free survival, response rate and tolerability. We also assessed the health related quality of life as an exploratory endpoint.

We basically randomised the patients from January 2016 until May 2017 and then the current analysis was based on the database lock done in June this year. We found that after a median follow-up of more or less 15 months we showed that for the patients on the nivolumab arm the median overall survival was about 16.4 months which is the highest OS we observed as a first line treatment in the advanced HCC population. On the other hand, surprisingly we observed the median OS in the sorafenib arm was about 14.7 months, again it is the highest OS we observed in all historical phase III sorafenib trials which was a bit surprising with all these high OS in sorafenib patients. If you look at the Kaplan-Meier curve of OS they were clearly separated. If you focus your attention on the nivolumab curve there was no evidence of any early detriment. With a longer follow-up we see a clearer separation of the curve, demonstrating a long tail associated with the use of nivolumab.

Although we see a very clinically meaningful survival benefit with the use of nivolumab, however, the hazard ratio was 0.85 with a p-value of 0.07, it did not meet the pre-specified statistical significance.  Also regarding the secondary endpoint, the progression free survival, the median progression free survival was quite comparable between nivolumab and sorafenib but we are not surprised because with lots of immunotherapy agents the PFS may not be a very good endpoint for them. Regarding the response rate, actually the patients on nivolumab we have more than doubled the response rate compared to the patients on sorafenib. More importantly, we observed 4% of the patients can achieve a complete remission when they’re put on nivolumab in contrast to only 1% of the patients on sorafenib. Also we observed more patients achieved a partial response on nivolumab than sorafenib.

Regarding tolerability we found that overall the patients tolerated nivolumab much better than sorafenib patients. Sorafenib patients complained of more adverse skin reactions, of diarrhoea and also malaise. Importantly, regarding the serious adverse events we observed only 20% of patients in the nivolumab arm, however nearly half of the patients on sorafenib reported grade 3/4 toxicity. Lastly, regarding the health-related quality of life, we observed the majority of patients on nivolumab were not bothered by the burden of the treatment and have a clinically meaningful improvement in quality of life. For the patients on sorafenib the majority of these patients actually report a deterioration in quality of life much more than the nivolumab patients. Also during the time of treatment they actually complain of the burden and toxicity of the treatment.

In conclusion, we think that the first line use of nivolumab showed a clear clinical benefit, as evidenced by the improvement in survival, response rate, better tolerability and also much better health-related quality of life compared to sorafenib. So, as a package, it is attractive and we think it should be one of the treatment options in patients with advanced hepatocellular carcinoma. Although, I have to say statistically we just missed the primary endpoint. 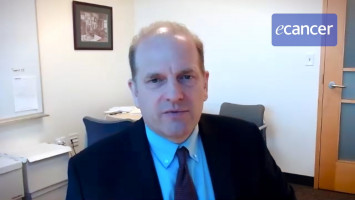