Burkitt’s lymphoma in the elderly

Published: 21 Feb 2011
Views: 12141
Rating:
Save
Dr Antonio Pinto - Fondazione ‘G. Pascale’, Naples, Italy
Burkitt’s lymphoma is a disease that can frequently be cured using intensive chemotherapy when found in younger patients. However, the high toxicity of this treatment programme makes it unsuitable for treating the disease when it occurs in elderly patients. Dr Antonio Pinto explains how the treatment of older cancer patients will be addressed at the upcoming ecancer meeting on blood cancers in elderly patients to be held in Rome, 18-20th March 2011.

Burkitt's Lymphoma in the elderly

IN         News now from ecancerTV about an exciting meeting in Rome.  This is concentrating on cancer in older patients.  Antonello Pinto from Naples, you are one of the steering committee on this and I know one of the things you’re interested in is Burkitt’s lymphoma.  I always thought Burkitt’s was about young people?

AP        That’s true.  Burkitt is a typical lymphoma of young people.  The problem is that up to a few years ago, the idea that an elderly patient may develop Burkitt’s lymphoma was not universally accepted.  The reality is that although Burkitt’s lymphoma is a rare tumour, it is about 2% of Non-Hodgkin’s lymphoma, about one third of patients developing the sporadic form, not the African form of Burkitt’s lymphoma.  That means in the western world.  So this fraction is composed by individuals aged more than 60 years.

IN         Now the exciting thing about the African one is that you can avoid the infection, but you can’t avoid the sporadic version?

IN         But the treatment is... what is the normal treatment for young patients?

AP        We are very successful in treating and curing this lymphoma in childhood and young adolescence with very intensive chemotherapy regimes which are based on the rapid recycling of drugs and on a very aggressive CNS directed treatment, because this lymphoma typically involves the central nervous system.  The problem is that this regime or dose regimes – they are different, more than one – are maybe too toxic to be applied as they are in an individual aged more than 65 years.  So the frontier in this field is to find out a way to treat elderly patients with the same intensity but without losing them because of too much toxicity.

IN         Now just give me the ballpark figures of just how many older patients are there with Burkitt’s?

AP        More or less some 31% to 32% of patients developing sporadic Burkitt’s lymphoma in the western world - I mean, the States and Europe – are older than 65 years.  So it’s not irrelevant.

AP        Yes.  I mean, treatment of Burkitt’s lymphoma in elderly adults is still a mathematical need because if you simply treat those patients by applying the same product that you use for young adolescents, you may have responses in some patients but there is a serious risk of losing the others because of toxicity.  This is one point.  And the second point is that even though you succeed in treating properly elderly patients, the fraction of long survivors is lower and this is probably due to a different biology of disease when this type of lymphoma arises in a patient who is older than 65.

IN         So with the young patient’s treatment you could win the battle, but lose the war?

AP        The meeting in Rome will address the several sides of approach to the elderly patient with cancer.  It will be divided into sections to address problems for each specific type of cancer, let’s say haematology, solid tumours and so on, and we will try to develop, if possible, some new ideas and guidelines to improve the quality of treatments we are able to deliver to the patient.  So it will be a very exciting occasion for doing that.

IN         Yes, though your personal interest has been in Burkitt’s and, of course, that’s just a small part of this blood cancers in elderly patients meeting.  But what do you think doctors going to this meeting in Rome will be able to learn about treating older patients as compared with younger patients?

AP        First, they will learn, even though most of our colleagues do appreciate already that if you’ve got an older patient with cancer and he’s a fit patient, in other words he has not too serious a co-morbidity, you have to treat as close as possible to what you would do in a young patient, because there was this old tendency once to say, okay, he’s old and so we’ll try just to preserve his quality of life. The problem is that quality in life in elderly cancer patients is directly related to the tumour, so we have to find a way to treat adequately the tumour if you want to improve the quality of life of patients.  So we have to learn how to do this and how to improve our skills in doing that.

IN         So what you are saying is that a patient may look pretty bad, but if you treat that tumour this patient, although chronologically maybe older, could end-up being quite a fit person?

AP        That’s true.  The chronological age is no longer a criteria for deciding whether or not to apply an effective treatment to a patient, so you have to take into account... at least to stratify the patients into chronological age, co-morbidity, fitness and so on.  So there is a sub-set of patients which are defined as the frail patients, which they really can’t stand any active therapy, and for those patients, something new needs to be developed.  But the others should be treated as closely as possible to the same kind of strategy that we use on young patients.

IN         How do you advise clinicians to pick out those patients, the ones who are going to be biologically quite young and fit, from those who are indeed frail and that you do need to take care of?

AP        There are guidelines which are being made exactly addressing this point.  There are scales which are able to select the patients which can probably stand a more aggressive treatment.  There are several types of geriatric scales, we call that, and geriatric assessment scores that can be used.  There are several.  So, yes, if you have to face an older patient with whatever cancer, first one has to see whether his chronological age is really a problem to his treatment or not, and you can use this geriatric assessment to pick up the patients who will behave probably as younger than their age.

IN         And, of course, learning about how to do that, how to pick out those patients, must essentially be part of the meeting in Rome? 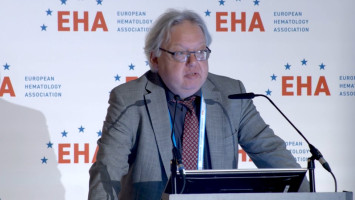