Immunotherapy with radiation in metastatic pancreatic and colorectal adenocarcinoma

Dr Aparna Parikh speaks to ecancer at ESMO 21st World Congress on Gastrointestinal Cancer about the use of immunotherapy and radiation in combination in metastatic pancreatic and colorectal adenocarcinoma.

She explains that phase 2 study used ipilimumab and nivolumab with radiation to stimulate an immuno response in a select amount of patients, which are exciting results considering immunotherapy alone has not generally been shown to be effective in treating these cancers.

Dr Parikh explains that the next steps are to determine the best timing and dosage of radiation in future studies, as well as becoming more adept at managing toxicity.

We presented some data today looking at two patient populations, metastatic colorectal cancer and metastatic pancreatic cancer, and using radiation in combination with immunotherapy, two particular immunotherapy drugs – ipilimumab, which is a CTLA-4 antagonist, as well as nivolumab which is PD-1 therapy. We used that in combination given some early preclinical data suggesting that the use of radiation with these two immunotherapy drugs might stimulate an immune response. Typically these are cancers where the immunotherapy doesn’t work historically, except for rare subgroups of patients, particularly the MSI patients, so what we wanted to do was see if this approach could actually harness an immune response in these otherwise immunogenically cold tumours.

It was a single institution study just done at the Massachusetts General with 40 patients in colorectal cancer and 25 patients in pancreatic cancer. What we showed was that, indeed, in a select number of patients, 15-20% in both combined cohorts of patients who were able to receive the radiation, we were able to stimulate an immune response. So, for us, that was quite exciting as historically immunotherapy doesn’t work in these patients. In combination with radiation we might have a path forward in terms of a subset of patients that might actually benefit.

So we presented the clinical data today showing the efficacy data but all of the correlative data in terms of biopsies as well as liquid biopsies and other blood-based biomarker work is still ongoing and we’ll present that at a further date.

Why is it that the radiotherapy caused the tumours to become hot?

We think that part of what radiation does is stimulate a neoantigen response from the cell death that is happening. So when you have neoantigen presentation that is maybe able to stimulate an immune response and in combination with CTLA-4, which impacts T regulatory cells, as well as PD-1, which enhances the activity of the CD8 cells, that you might create the right immune environment with the proper neoantigens as well as the proper immune cells to actually elicit a response.

Were there any adverse effects to the radiotherapy, and how close can we get to knowing the optimum dose?

That’s a great question. We chose, right now, a non-ablative dose of radiotherapy so it was just 8Gy times three. So that is not a very big dose of radiotherapy and we did it only one time and we did it to a lesion of the radiation and oncologist’s choice. So it will be hard to know what the exact timing as well as the dosage of radiation is and we’ll be exploring those in subsequent studies. The first imminent study that is to come is moving the radiation on the same schedule and the same dosing but moving it up to earlier in treatment, so at the start of therapy with ipilimumab and nivolumab. In this current study we did it at cycle 2 which is week 6 and what happened is about a third of patients in both pancreas and colon weren’t able to get to the radiation part of it which is really where we think the activity is happening. If you lose that many patients prior to radiation then we aren’t affording those patients the opportunity to benefit. So the next study we’re going to keep the exact same dosing schedule of radiation but move it up and see if we can at least maintain the activity. If we can, then that leads the door towards more sophisticated radiation-specific questions too. But right now this is just early signals of efficacy.

One thing we did experience was some toxicity. We did have a grade 5 event, one in each cohort, but otherwise most of the toxicity was manageable. So as we learn to use these drugs we’ll become more adept at managing the toxicity but we did have a good amount of, again, grade 3 and 4 toxicity besides the 5 but most of those toxicities, again, were mild and manageable.

What were some of the stronger toxicities?

For example, in the colon we saw some lymphopenia which, again, we would expect even with radiation. So, yes, it did meet grade criteria but nothing that was significant. Colitis was the one that we had to manage the most but with the use of infliximab we were able to manage the colitis.

The other notable thing I wanted to just comment on in terms of the efficacy was more than the responses what we saw was durability, as what you see with immunotherapy. So in the colon cohort one of the partial response patients is now coming up on 400 days of treatment. So in these cancers where your PFS and OS is very short if you’re getting the responses the responses are long-lasting for those patients. So more than fixating on the actual response rate numbers when you look at the swimmer plot it really illustrates how long the duration of the disease control is. That is also telling. 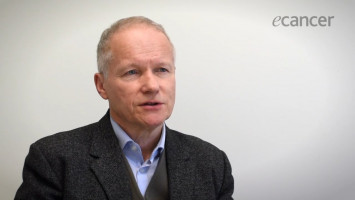 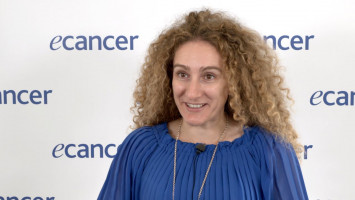