Using ctDNA to predict recurrence and response in colorectal cancer

She explains the method of genomic profiling they used to detect ctDNA after definitive therapy.

Dr Parikh concludes that not only can ctDNA be a marker of response to therapy, but that the kinetics of clearance can be indicative of time to recurrence.

This liquid biopsy abstract builds on some prior work that we have done with liquid biopsies. Where liquid biopsies in colorectal cancer have really been shown to be most useful thus far has really been in the adjuvant setting. So in adjuvant colorectal cancer what we have shown is that the use of ctDNA to predict recurrence is quite high and that initially came from work out of [??] and the Australian group in stage 2 colon cancer.

So what we did is we took a group of patients, around 70 patients, and we looked at their ctDNA after definitive therapy. Definitive therapy could be surgery, it could be patients that had adjuvant chemotherapy as well as some patients that actually had neoadjuvant therapy too and then went on to surgery. What we showed at ASCO was that there was a positive predictive value of 100% in terms of predicting recurrence if you could actually detect ctDNA. This was using Guardant Health’s LUNAR assay and LUNAR assay is unique in so far as prior ctDNA assays have just looked at genomic profiling and tumour-only profiling but what Guardant does is they integrate this tumour-only genomic profiling with methylation as well.

What we showed at ASCO was that methylation increases the sensitivity of detecting ctDNA at these time points. So we took it a step further and took the same group of patients but focussed on the patients that actually only had neoadjuvant therapy, some, again, who received adjuvant but around 43 patients who received neoadjuvant therapy. We wanted to see if we could actually monitor treatment response with ctDNA. Previously we just looked at recurrence and now we’re actually looking at response.

Similarly to what we showed previously is that epigenetics helps the sensitivity at these various time points. Epigenomic calls at the end of neoadjuvant therapy, at the end of surgery, as well as at the end of adjuvant therapy, can increase your sensitivity of detecting the ctDNA at those time points. What was striking is if you look at patients who were what we call ctDNA persistent, that means patients that never cleared, patients that were ctDNA clear, that means patients that initially had ctDNA detectable and then their definitive therapy cleared that ctDNA, and then patients that were ctDNA negative, in terms of their recurrence the curves separate quite widely. So the patients who were negative, many at nearly 500 days of follow-up have not yet recurred. The patients who cleared, there were people that recurred later on but their time to recurrence was in the order of 300-ish days whereas if you persisted and you never cleared with your definitive therapy your time to recurrence is quite high.

So what we showed was not only that ctDNA can be a marker of response to these various therapies but also that the kinetics of clearance or not clearing can actually be indicative of your time to recurrence later on. 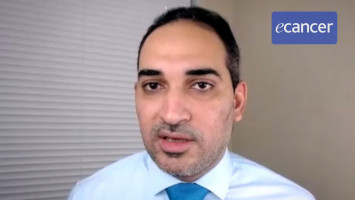 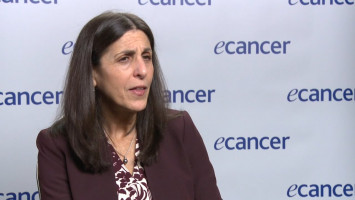