Haematological cancer in the elderly

Published: 13 Feb 2011
Views: 5798
Rating:
Save
Prof Robin Foà - Sapienza University of Rome, Italy
As the average age of our population increases, the treatment of cancer in the elderly is becoming an increasing concern. Prof Robin Foà explains how patients’ suitability for treatments should be decided according to their physiological status as opposed to their age and talks about ecancer’s upcoming meeting on the treatment of haematological cancer in the elderly. This meeting, to be held 18-20th March 2011 in Rome, will help inform clinicians of ways to tailor treatments to the specific requirements of elderly patients such as the use of TKIs in place of highly toxic chemotherapies.

IV         Robin Foa, President of the EHA, this is your territory.  Why do you think looking at the elderly and blood cancers is such an important issue right now?

RF        I think it's a vital point, this, and it's always been, at least for the last years, a very important priority for us because, I would say two major reasons.  One is that the general population is getting older, at least in most countries.  I mean, we're talking about Rome, Italy and Europe, so we're talking about Italian individuals and therefore that's the patients.  The median life expectancy is increasing regularly and in most countries in Europe women are expected to live well over 80 and males close to 80.  And in fact if we put the bar at patients, sorry, at individuals who have already reached the age of, say 70, they're already then selected to live longer.  So if you are 70 today you are probably targeted to live another 20 years if you're a female and maybe 15, 16 if you're a man - that means up to 90 or close around, so anagraphic age very important.

But I would like to associate as a second point that our biologic age has changed dramatically.  I mean, in the past when I started I remember that a 70 year old in Italy - and in Europe, therefore - was old.  Now a 70 year old runs a marathon; maybe not all but very many.  I have a slide that I often show when I talk about, for instance chronic lymphocytic leukaemia, where I show two individuals; one is very energetic, running, and the other one is sitting down looking a bit frailer, but they might have the same age.  So what I'm saying is that the biological age changed dramatically and patients are living much longer - we even transplant a 70 year old.  So the expectancy change and patients can undergo treatment.

IV         Now, there has been ageism in all sorts of medical treatment.  In cancer because of selection on the basis of age, what might have been going wrong up until now?

RF        Well, you know, I think honestly speaking, I think now to define a patient based on age is probably a mistake.  It could even be considered a discrimination; I'm not put in a protocol because I'm, quote unquote, old.  Now, how do you define old?  In the past this happened, now it's not I think appropriate.  We have to define if a patient has a certain age if he or she is, his or hers' performance status is adequate to enter a study or undergo a form of treatment.  So this is what has changed dramatically.

So we are utilising systems to define co-morbidities, performance status and patients are sort of defined as, you know, this is colloquial form of definition, a patient as a go, go patient or a slow, go or a non-go.  And this is what defined from college, in fact, and this is extremely important because a go, go it means that you're not defining him because you look at them and you say, he looks like a go, go, I mean, no, you're defining on criteria.  So a patient is a go, go patient and he or she can undergo active and maybe an aggressive treatment.  If you're a frail patient it would be clinical mistake to under, to give aggressive treatment to a patient, you've got to give more palliative treatment.  So this is a key change in our management of elderly patients.

RF        I would say definitely not.  We have to tailor it, in a way.  And the other important point I think in haematology is the fact that you have many drugs today that are less toxic, it's not only chemotherapy.  I mean, we are managing many conditions with other drugs that are, that control disease without giving the toxicity of chemotherapy and that has changed a lot obviously the management of haematological patients of, with many conditions.

IV         Now, you are involved in the meeting in March in Rome.  Apart from an opportunity to visit a beautiful city, what are the advantages of going to this meeting on blood cancers and the elderly?

RF        Well I would say, apart from Rome, obviously, but I would say that the issue is this is targeting something that now has become a priority.  I mean, if you're talking about meetings in general obviously the elderly are part of it, but maybe not specifically targeted.

I mean, if you look at haematological diseases or malignancies in particular very often protocols are designed for fit patients, not purposely but de facto - since we're in Rome, de facto - they are for patients in good conditions.  So the fact that you're designing an event only for elderly or… I think it's a very important point because treatments have to be tailored according to the performance data and so on.  And since you have a lot, if the choice was weak we couldn't do much, but since there are a lot of drugs now we can modify according to age and conditions.

IV         Can you pick out what you think might be some of the key things that are going to emerge?

RF        Well I mean, I guess that one of the key points will be, I mean one will be the tyrosine kinase inhibitors.  I think these will be certainly part of it because we have conditions that now can be controlled even in a 70, 80, 90 year old patients without chemotherapy.  I mean, I'll give you one example which for me is totally illuminating, is the fact that you can control an acute lymphoblastic leukaemia that harbours the Philadelphia chromosome - the BCR-Abelson abnormality - with a tyrosine kinase inhibitor.  Now, we know and this is clear, that the incidence of BCR-Abelson positive ALL increases with age, so if you're thinking about kids the incidence is about 2-3%, in the adolescents it starts to increase, when we get older it increases further, so in the elderly it's about 50, 60% of patients having that abnormality.

That abnormality can be controlled without chemotherapy and with the tyrosine kinase inhibitors on virtually all patients, even the elderly, can go into complete haematological remission only with the tyrosine kinase inhibitors.  For me that's a total revolution so that'll be, I'm sure, a live motif of a meeting dedicated for the elderly and it'll come out that the incidence is, as I was saying, up to 60% in the elderly.

IV         So for the average practising doctor who has a busy practice seeing patients every day, what's the benefit for that doctor then, finally, to sum up?

RF        Well I would say that, you know, for the general doctor I think the message would be that the management of haematological malignancies has changed dramatically over the years.  I think it's a key point that if you suspect that an individual has a haematological disease he or she should be referred rapidly to a centre for haematology, even if he's older, even if the patient is old.  It's not that if you're old you can't manage it.  So I'm if you're talking about general doctors I think they should quickly refer a patient to a haematological centre for accurate and rapid diagnosis because if the patient is old it's not that he can't be managed, he can be managed and even managed for many years even if he's very mature - I don't want to use the word old!

IV         Robin, it's good to have you with us here on ecancer TV and we'll look forward to more from you at, in the Rome meeting. 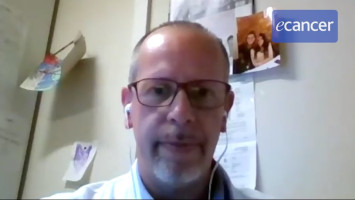 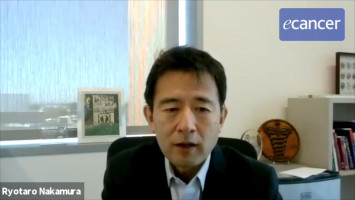