He explains that the aim of the study was to determine safety, tolerability and occurrence of dose limiting toxicities - reporting that it was well tolerated and that no dose limiting or neurological toxicities were observed. The maximum tolerated dose was not reached.

Looking forward, Prof Topp suggests that next steps will be focused on the responses of subgroups.

This is an abstract reporting on a dose escalation trial, first in human trial, in patients with relapsed/refractory non-Hodgkin’s lymphoma using a single agent, a bispecific antibody construct targeting C3 and C20. The property of this antibody construct is that it is very close to a normal antibody, normal IgG format, so hence the half-life is quite extended. During the clinical trial the antibody was given once weekly for the first 12 weeks and then after that, after response assessment at week 12, then the maintenance therapy for up to 36 weeks every second week.

It’s a classical 3 3 design and we are now reporting on the dose escalation part in these non-Hodgkin lymphoma patients, so like in all phase I trials the primary endpoint is to determine the MTD as well as safety and tolerability and secondary endpoints key are, of course, efficacy in terms of the PFS as well as a couple of PK data.

Overall more than 80 patients, 86 patients, have been recruited. The majority of them are aggressives but there’s a substantial proportion of patients with follicular lymphoma and then three or four patients with mantle cell lymphoma or marginal zone lymphoma and one with Waldenstrom’s.

So in terms of the MTD it has not been reached. In terms of safety all the immunotherapies engaging T-cells you look at cytokine release syndrome, you look at neurotoxicity, you’re looking at haemtox and the rate of infectious complications. Initially it was given without any step up dosing, the drug, and then once we saw a safety signal in terms of patients having in the lower doses cytokine release syndrome then a more adaptive design was then made by actually now having first week coming in on a low dose then second week a medium dose and then third week reaching the target dose defined by the protocol. So when you compare notes to how high was the CRS rate in the patients with flat dosing versus now this more adaptive design overall the rate of cytokine release syndrome and severity seems to be less for the patients who get more this adaptive design. Particularly when you think about also that we are now at 300mg per patient, starting all the way out before at about three logs lower than that. The timing of the cytokine release syndrome is usually in the first two weeks and then it dies off in the third of fourth week. Neurotoxicity was only seen very rarely, severe neurotoxicity only in two or three patients out of the more than 80 patients so it’s not really a safety issue. And also haem toxicity, the majority of patients don’t show severe haem tox. Occasional patients who may have neutropenias but that can be then salvaged by giving them growth factors.

Now, in regard to the PK, as expected there was a dose relation to the plasma concentration and once we reached 5mg we were getting dose concentrations in the blood, at least peak levels which were enough to kill off the lymphoma in [??] models. Once we approached levels above 20mg the trough levels were above the levels that actually meant tumour control in mice.

So responses were seen for follicular lymphomas very early onwards and from the dose of 5mg and higher there’s a 98% response rate with really considerable duration of response in these patients. Some patients out more than a year and a half now so obviously these are very small numbers. Also for marginal zone lymphomas and mantle cell lymphomas there seems to be also very clearly once you crossed 5mg there seems to be a very clear efficacy signal. The majority of those patients also have a complete response measured by Cheson criteria.

Looking at aggressives there the dose relation to response is shifted towards higher dose. There were occasionally responses seen at a lower dose where you had a response with follicular lymphomas, so at 5mg and 8mg there was some efficacy already happening there. But once you crossed the line beyond 18mg per patient per infusion you were getting robust signals with now six or seven patients. Obviously duration of response, it’s very difficult now to talk about that because these responses occurred just in the last months of the recruitment of the trial and it has to be seen.

So overall this is, in my mind, a very exciting drug because as a single agent to reach those kinds of responses, about 95% disease control in follicular lymphoma and, let’s say, about 50% in diffuse large cell, is really meaningful. Hence also now phase II trials will be coming our way looking at these different lymphoma subgroups, follicular lymphoma and the indolent lymphomas as well as aggressive lymphomas. 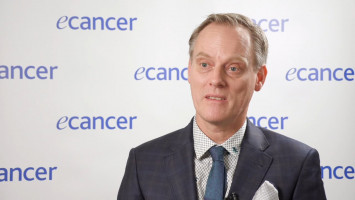 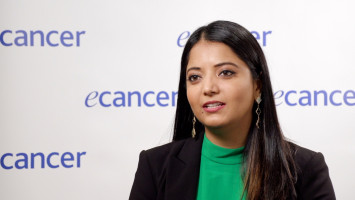 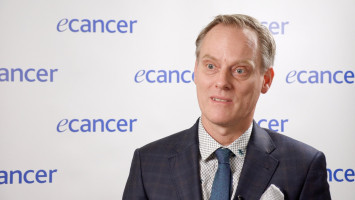