Prof Walter Fiedler speaks to ecancer at the 2019 European Hematology Association (EHA) Annual Meeting about a phase II study looking at the use of selinexor plus cytarabine and idarubicin in patients with relapsed/refractory acute myeloid leukaemia.

He explains that the initial dose was reduced as patients suffered diarrhoea and prolonged aplasia but that this reduction resulted in a much more tolerable regime.

Prof Fiedler reports that a response rate of 50% was seen, an impressive result considering that the patient cohort had many negative characteristics.

This is a phase II study with a combination of standard chemotherapy with cytarabine and idarubicin plus selinexor in patients with relapsed/refractory AML. These patients are a very difficult to treat group, they have a very poor prognosis, especially if they have an early relapse after initial chemotherapy or may relapse after allogenic stem cell transplantation. There is still no universal salvage chemotherapy for these patients therefore new schedules and new drugs are desperately needed. That’s the reason we conducted this study in combination with selinexor.

What methods were used?

Maybe one word for the rationale, there’s a strong synergy between selinexor and anthracyclines which has been proven in vitro and in many patient samples and cell lines. So this was the rationale for this study. This was a phase II study with standard chemotherapy, cytarabine and idarubicin plus selinexor. 42 patients were included and at the beginning we had a relatively high selinexor dose of 40mg/m2 twice weekly for four weeks. This was accompanied by relatively strong diarrhoea and also prolonged aplasia and this was the reason the dose was reduced throughout this study by an amendment. The lower dose was 60mg absolute twice weekly for only three weeks and this resulted in a much more tolerable regime and the patients could be treated in this way.

What endpoints were assessed?

The primary endpoint was the rate of remissions or complete remissions or CRis or a morphologic leukaemia free state. Secondary objectives were partial remissions, percentage of patients being transplanted after chemotherapy and relapse free survival and overall survival as well as toxicity, of course.

What were the main results?

The primary objective was the determination of the response rate and this was 50% for the whole group of 42 patients, combining both dose levels. This is a relatively high response rate compared to other published series, especially in the view that the patient cohort had many negative characteristics such as 40% of the patients had received prior allogenic transplantation and 60% of the patients had a relapse after primary therapy within less than one year. So this response rate is really in the upper range of expected results and the overall survival was 8.2 months for the whole group.

What conclusions did you draw?

The combination is relatively tolerable at the lower dose of selinexor. Haematotoxicity and GI toxicity is tolerable, acceptable, so this could be a regimen for further testing. Of course the results have to be repeated in larger randomised phase III studies.

When stratified by cytogenetic risk, was the improvement consistent across groups?

Yes, patients with primary and secondary AML had similar response rates, especially also patients with relapse after allogenic stem cell transplantation. But still patients who had a short first remission had a worse response rate as well as patients with adverse cytogenetics. Interestingly, three or four patients with NPM1 mutation had a complete remission and there’s some basic research rationale mutated NPM1 is also exported into the cytoplasm and this might be retained also by selinexor treatment. 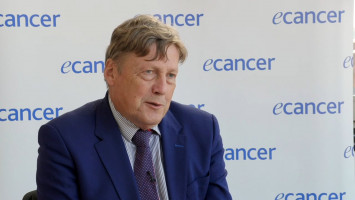 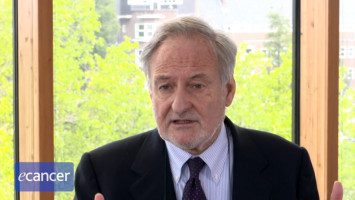 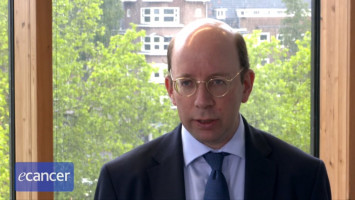 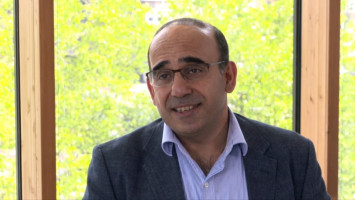 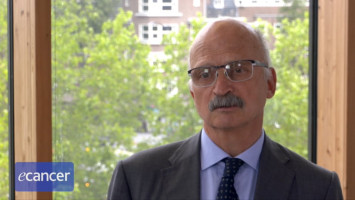